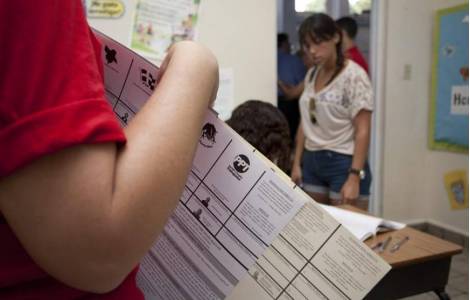 2021-10-07
The economic crisis threatens the collapse of electricity, for the Bishops it is about respect for the dignity of every human being

2021-08-27
Bishops express themselves unequivocally: Catholic moral teaching is not a pretext for opponents of vaccinations

2021-08-03
March against the imposition of gender ideology

San Juan (Agenzia Fides) - The Archbishop of San Juan de Puerto Rico, Mgr. Roberto Octavio González Nieves, OFM, published a pastoral letter entitled "Puerto Rico: Pandemic and general elections, a call for reflection and dialogue", in which he invites us to reflect on the situation of Covid-19 in Puerto Rico and in the rest of the world, on the different facets of its consequences in the drama of human life and, above all, that of the most vulnerable: the poor, the elderly and thousands of unemployed.
In the long 28-page document sent to Fides, Archbishop González Nieves also proposes the reflection on a deeply felt problem in this country: corruption. "Another great pandemic that has reigned for decades and that we must eradicate: the pandemic of corruption, the victims of which are the poorest. This is painful because it upsets the credibility and vitality of democracy, the morality and hope of all, affecting especially the simplest and poorest of our society, the students of public schools, the health of the poor, among others. Corruption is a social, political and economic scourge that rots and devours everything", he writes, quoting the latest document of the Bishops of Puerto Rico.
Regarding the upcoming electoral event, scheduled for November, the Archbishop of San Juan launches an appeal: "Faced with these challenges and the crisis of political credibility of recent decades, it is urgent and necessary, here and now, think about fighting, rebuilding and, above all, rehabilitating politics in Puerto Rico "..."I appeal to rehabilitate politics in general and party politics in particular, as well as the way to govern. Rehabilitating politics requires men and women who love good; that is, who love God and their neighbor as themselves".
The Archbishop exhorts: "Let us remember that exercising or not the right and responsibility to vote means carrying out political action that has repercussions in the cultural and religious sphere". "We measure the repercussions of our political choices by exercising the moral autonomy of conscience as believers in Christ, thinking about the need to give order to our pilgrimage as a people, as a city of God, and the need to rehabilitate politics" (n.26). Mgr. Roberto Octavio González Nieves stresses that "we need to heal politics, heal our social fabric" (n.27), we need men and women capable of dialogue (n. 31), a dialogue based on the culture of encounter ( 32) and, above all, that they do not allow Puerto Rico to be the victim of an economy that kills, of an economy that makes people sick, and the symptoms of which are injustice and great inequalities (28). (CE) (Agenzia Fides, 3/9/2020)