ASIA/MYANMAR - The fruits of the mission: charity and interreligious coexistence in Kalaw 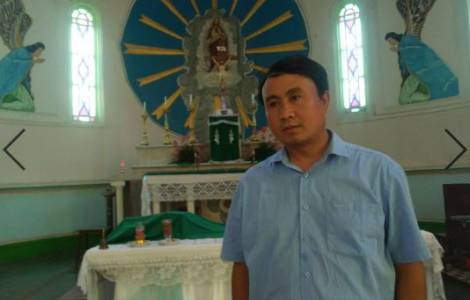 Kalaw (Agenzia Fides) - "The dormitories of our school also host young Buddhists or Muslims. After all, the message of our Holy Father, Pope Francis, is to open up to others in peace". This is what Father Lucas Maung Hla, a priest in the Christ the King Church in Kalaw, in the archdiocese of Taunggyi, in central Myanmar, an ancient spa of the colonial era chosen by the British for its sweet and fresh climate, due to its 1300 meters of altitude, says to Agenzia Fides.
As vice parish priest Father Lucas Maung Hla - Burmese priest who carried out his studies in the seminary of Loikaw, where most of the local priests come from - began to carry out his apostolic service in Kalaw when Father Paul Paw died, a parish priest for several years in Kalaw, appreciated for having set up an orphanage and a reception center for children next to the parish, in the territory of the archdiocese of Taunggyi, capital of the Burmese state of Shan.
The Christ the King church was built in the thirties thanks to Father Angelo Di Meo (Trivigliano 1907- Kalaw 2000) Italian missionary of the Pontifical Institute for Foreign Missions (PIME), who arrived in Kalaw in 1931 and died after 69 years of mission in Myanmar, leaving an extraordinary legacy of faith and charity in the territory.
Every Sunday the Christ the King church welcomes about 400 faithful from over thirty families scattered in the villages around Kalaw, but on weekdays the whole area around the temple is the theatre of children's games who, during the school period, can take advantage of a dormitory both to attend the school run by Lucas and to follow courses of other high schools in the city. "Now we have about fifteen. They are children who live far away and perhaps do not have a parent. They can therefore sleep and eat here and attend our school which now has 25 students". Managing the facility is not always easy "but some donors, an instrument of God's Providence, allow us to continue this work", says Father Lucas.
The Christ the King Church is certainly not the only religious reality in Kalaw in a town where the majority of the inhabitants are Buddhists, like the rest of the country. But Kalaw, 50 kilometers from the famous tourist site of Lake Inle, has a particularity: the presence of communities of different faiths - Sunni and Shiite Muslims, Hindus, Catholics, Protestants, Buddhists - who live in total harmony. "When our religious holidays take place - Shankar, a member of an important Indian family who arrived with the British in the 1800s to build the railway, explains to Fides - we invite each other. And each time, the inviting community prepares food for the guests according to the food rules of the host community". This is confirmed by Paolo Felice, an Italian agronomist who has been in Kalaw for several years now, and reports that "here people live in harmony and you can find a Sikh temple, Catholic and Baptist churches and of course the Buddhist pagoda, all united by respect, harmony and solidarity".
The Kalaw mosque is just over a hundred meters from the Aung Chan Tha Zedi pagoda, famous because it is covered with small glass mosaics. Muslims run various businesses next to the mosque, which is now closed, like all temples in the city, due to the restrictions related to Covid-19. Even at the Christ the King Church, red circles mark the physical distance to be kept for those who visit ecclesial structures. The experience of interreligious coexistence in Kalaw, if it is an exception for the amount of religious beliefs, is not the only example in Myanamar: in the nation there are places, villages and territories that are a melting pot of religious communities which, as in Kalaw, live together in perfect harmony. (MG-PA) (Agenzia Fides, 21/7/2020) 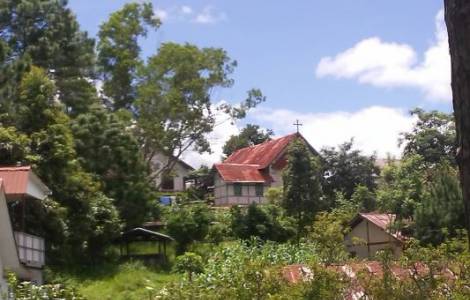