ASIA - Abuses of human rights, xenophobia and religious intolerance in Asia: the denunciation of "Franciscan International" 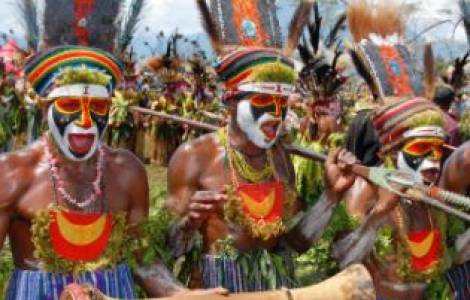 Bangkok (Agenzia Fides) - The situation of respect for human rights in East Asia and the Pacific area is precarious due to phenomena such as xenophobia, religious intolerance and the impact of climate change: these elements also represent the areas of action on which in 2019, Franciscan International (FI), an NGO of the Franciscan family, accredited to the United Nations, operated most. This is what the Annual Report reports, sent to Fides by the Organization, which carries out advocacy activities at the United Nations, promoting respect for all human rights and environmental justice.
Among the various issues addressed and the requests presented to the UN assembly, there are the difficult relationship between West Papua and the Indonesian government and the abuses committed by the Philippine government. During 2019, FI reported "human rights violations in West Papua in a context of persistent conflict over independence issues, alleged discrimination against indigenous Papuans and the development of unsustainable agricultural megaprojects". The information reaches FI mainly thanks to the rooting of the Franciscan Family on the island, where several Franciscan communities reside, as "access to journalists and other international observers is still severely limited by the Indonesian authorities". In this context, however, representatives of Franciscan International were able to help organize an ecumenical visit to West Papua, sponsored by the World Council of Churches (WCC), the first allowed since 1969, the year in which the region was integrated into Indonesia. "During the year, Franciscan International exploited its access and presence in West Papua to bring to light these continuous violations, also through two events organized during the meetings of the Human Rights Council, talks with Indonesian diplomats and one series of urgent appeals to the UN", reads the note.
As for the Philippines, however, the organization has brought to the attention of the UN the continuous violations of human rights perpetrated by security forces as part of a government program of "war on drugs" which, according to the groups operating for the protection of human rights, could have caused about 27 thousand victims. In this regard, it is noted that "the Franciscan Family and the entire Catholic Church in the Philippines have manifested strenuous opposition to government actions, also providing rehabilitation for drug addicts and pastoral and financial support for the families of the victims". This commitment has provoked threats to Franciscan religious by government and police officials, including President Duterte himself, in an environment "increasingly hostile to the work of civil society groups and confessional organizations".
The other countries in the area involved in the work of Franciscan International are Kiribati, Japan, Malaysia, Papua New Guinea, Sri Lanka and Vanuatu.
In addition to Asia, the Franciscan NGO is active in Africa and the Americas, involving over 30 countries with its work. As evidenced by the 2019 Report, there were a total of 50 advocacy interventions and presentations at the United Nations, also carried out thanks to the work of 28 local partners involved in reporting to the UN. Franciscans International's advocacy "is based on three pillars that have formed the foundations of Franciscan spirituality over the centuries: human dignity, peace and care for creation". Internationally, this vocation translates today into the belief that sustainable development, environmental protection and respect for human rights are inextricably linked.
(LF-PA) (Agenzia Fides, 18/7/2020)