VATICAN - Assistance from the PMS Fund for the Covid emergency sent to Niger, Gambia and Zambia 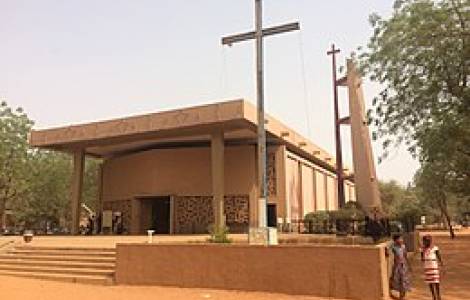 Vatican City (Agenzia Fides) - Niger extends for a large part in the Sahara desert and despite the lack of rain, the agro-pastoral sector is the almost exclusive source of livelihood for its inhabitants, who live in a situation of poverty. The country, with a Muslim majority, is facing three crises today: that of security, linked to the action of terrorist groups, which has lasted for some years; food and health, due to the Covid-19 pandemic. The Church, which until 2000 had only one diocese, has always fought to improve people's living conditions, organizing schools in the most remote and abandoned places by the state, professional centers for young people, social and development projects intended for the rural population, which makes up 80% of the total population.
The isolation measures adopted by the government and the Church to combat the pandemic have had a negative impact on the lives of people and families, who usually survive thanks to small daily jobs. State support is insufficient to deal with the serious situation that has arisen.
With the help sent by the Emergency Fund established by Pope Francis at the Pontifical Mission Societies (PMS) to support the Churches of mission countries in the face of the Covid-19 emergency (see Fides, 6/4/2020), the diocese of Maradi, which covers 2/3 of the territory of Niger, will be able to continue to assist poor families in the various parishes through the delivery of basic necessities. While in the archdiocese of Niamey it will be possible to support the St. Vincent reception foyer, managed by the Gethsemane nuns, which welcomes children aged 4 to 12, orphans or poor families. With isolation, in fact, the economic resources for its functioning, which mainly come from abroad, have become rare and the structure is in difficulty to continue its work of assistance to children.
The coronavirus pandemic has also affected Gambia, with the consequent restrictive prevention measures that has negative effects not only on the social and economic life of the country, but also on the ministry of priests, religious and catechists of the diocese of Banjul. With the suspension of masses with the participation of the faithful and all other pastoral and school activities, in fact, there are no offerings and other forms of support for pastoral workers. The most urgent problem for the diocese, which has asked for help from the PMS Fund, is to be able to ensure the maintenance of its structures, which are at the service of the population, and of the people who generously dedicate themselves to evangelization in parishes and in schools.
Other requests for help to deal with the consequences of the pandemic come from Africa, Zambia. The diocese of Chipata, with 36 parishes and 506,983 Catholic faithful, covers a very large territory in the eastern part of the country, where the population lives on agriculture. In fact, it needs support for the 190 catechists, fundamental in the evangelization and Christian formation of children and adults, and to keep the diocesan curia functioning.
The archdiocese of Kasama, which extends into a rural area in the north of the country, is also among the poorest areas in Zambia. After the closure of churches, the limited offerings of the faithful, priests who dedicate themselves with commitment to evangelization and pastoral work find themselves in serious difficulties even to pay the bills for ordinary consumption, as well as to provide for their minimum sustenance. A project of solidarity between parishes has been underway for some time, but the current situation due to isolation makes it inadequate to cover current extraordinary needs. (SL) (Agenzia Fides, 17/7/2020)