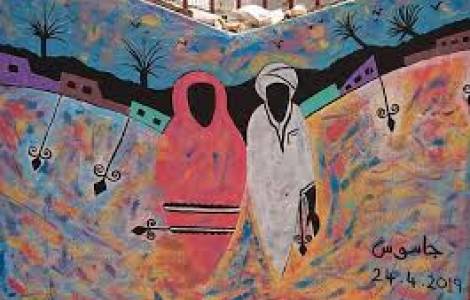 2020-09-05
The Bishop of El Obeid: "After thirty years of war that has disfigured religion, we hope peace does not remain only on paper"

2020-09-02
"The peace agreement is good, but all the armed groups must join it" says the Archbishop of Khartoum

2020-07-29
The Bishop of El Obeid: steps forward towards democracy, peace and national identity

2020-06-25
Covid-19, lockdown extended in Khartoum: the government meets the needs of street sellers

Khartoum (Agenzia Fides) - "Food insecurity remains alarmingly high in Sudan with increased and protracted displacement, economic decline and inflation, and high food price hikes, exacerbated by the impacts of the COVID-19 pandemic. This is the highest figure ever recorded in the history of the IPC in Sudan", said the researchers from the Integrated Food Security Phase Classification (IPC), in its latest Sudan Food Security Classification Snapshot.
As can be seen in the note sent to Agenzia Fides, the lockdown measures to prevent the spread of the COVID-19 pandemic significantly decreased commodity movement, market function and cross-border trade, and compromised livelihoods, daily labour opportunities, reducing household purchasing power and food access of the vulnerable population. According to the statement, an estimated 9.6 million people are experiencing high levels of acute food insecurity and are in need of urgent action in the coming three months. Sudan's National Population Council, the population of the country consists about 43.2 million people.
On the occasion of the commemoration of the victims of the December Revolution, the Secretary-General of the National Population Council, Wisal Hussein, told the press that Sudan is witnessing an unprecedented demographic development. "About 30.5 million of Sudan's population, 69.8 per cent, are under 30 years of age. This number is expected to rise to 34.2 million in 2025, and to 37.6 million in 2030". It is expected that the recent growth will continue, bringing the population of Sudan in 2035 to 62.3 million, and pointed to the consequences for the country, not only in the field of economic, environmental, social, and cultural development, but also for the security and peace in Sudan.
Since December 19, 2019, over 300 popular demonstrations have taken place across Sudan. The general uprising began in the city of Atbara, in the north-east, before reaching 22 other cities, including the capital Khartoum. Since the protests began, a day has not passed without demonstrations in some part of the Country.
Hussein called on the government to extend education to all levels for everyone, especially girls and women, and to involve them in strengthening the stability of society. (AP) (Agenzia Fides, 9/7/2020)