ASIA/PHILIPPINES - Bishops appeal to the government: private schools must be supported, which render a service to the nation 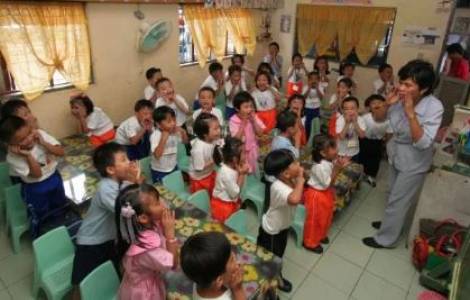 Manila (Agenzia Fides) - In the Philippines many private schools, including numerous Catholic schools, risk the definitive closure due to lockdown, the suspension of teaching and the lack of enrollees amid the pandemic. For this reason, considering the valuable service that these schools render to thousands of families and to the whole nation, the Philippine government is called upon to help and support them, to prevent the private education sector from disappearing completely.
This is the appeal launched by the Filipino Bishops to the executive led by President Rodrigo Duterte. "If private schools close due to financial problems, this could affect the future of students", said Bishop of Daet Rex Andrew Alarcon, head of the Catholic Bishops’ Conference of the Philippines Episcopal Commission on Youth, in a message sent to Agenzia Fides. "The closure will result to further problems, people losing jobs, pupils and students interrupting their studies, difficulties of transfer and adjustment. Furthermore, the closure of private schools may result to further congestion of public schools, the very problem government seeks to address", he adds. Private schools, the Catholic Church highlights, " have long been contributing to human capital through quality education and with programs that build the national community and the common good".
Even Bishop Roberto Mallari, at the head of the diocese of Nueva Ecija and President of the Episcopal Commission on Catechesis and Catholic Education, expresses the same concern: "It is important to know that even private schools also need help from the government for their survival" he notes, reiterating that "the government should recognize the role of private schools in nation building". Those schools "are not just there to earn money. But most of them if not all, exist because of a great sense of mission to contribute in the formation of young minds, to give a prosperous future to the nation", he observes. Civic groups, philanthropic individuals, families and companies and other organizations should also help private schools, says the Prelate: "Both the private and public sectors need to work together. Saving our schools is saving our children, and ensuring the future of our nation", he notes.
Numerous private schools may soon close due to the lack of enrollees amid the pandemic. According to a recent report, approximately 50,000 teachers from private schools, colleges and universities in Metro Manila are likely to lose their jobs. In the Philippines, private schools, especially those owned by dioceses, religious organizations and congregations, are exempted from taxes.
Catholic education in the Philippines has ancient roots: the first school was opened by the Augustinian missionaries in Cebu after their arrival in 1565, and followed the initiative of the Franciscans who started primary education upon their arrival in 1578. In 1581 Bishop Domingo Salazar, OP, wanted to open a college to educate priests which was later opened in 1596 as the Jesuit College of San Ignacio in Manila. In the year 1611, over 400 years ago, Dominican fathers founded the University of Saint Tomas in Manila, the oldest existing Catholic university. Since then many other religious orders, male and female, have historically engaged in education.
Today Catholic schools are scattered throughout the Philippines, offering different levels of education and types of training: according to the "Catholic Educators Association of the Philippines (CEAP)", there are about 600 kindergartens, 600 other primary schools, about 1,000 high schools, 240 university colleges, 101 specialized schools, 21 Catholic universities. (SD-PA) (Agenzia Fides, 18/6/2020)