VATICAN - New aid from the PMS Fund for the Covid emergency in Africa, Asia and America 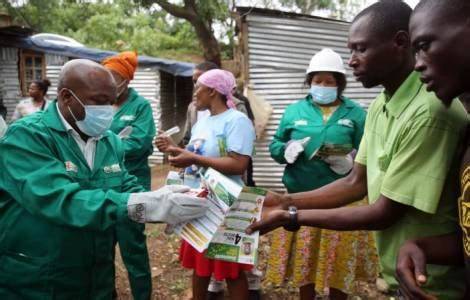 Vatican City (Agenzia Fides) - The Emergency Fund established by Pope Francis at the Pontifical Mission Societies (PMS) to support the Churches of mission countries in the face of the Covid-19 emergency (see Fides, 6/4/2020) continues its work taking into consideration the numerous requests that come from all over the world and sending aid to the dioceses, according to availability. Most of these territories entrusted to the Missionary Dicastery habitually live in extremely precarious economic, social and health situations, which the Covid-19 pandemic is further exacerbating, thus hampering the work of evangelization and human promotion. Among the latest aid sent by the PMS Emergency Fund regard some ecclesiastical circumscriptions from Africa, Asia and America.
Since the beginning of the pandemic, the Archdiocese of Conakry, Guinea, has experienced growing pastoral and economic difficulties. The closure of places of worship and pastoral activities has forced the use of television and social networks to somehow continue the work of evangelization, while the restrictions resulting from isolation, in the context of an already fragile economy, have not even spared the local Church, which finds itself having to ensure support for priests and religious institutes, which usually live on the offerings of the faithful.
In Chad, one of the poorest countries on the planet, two dioceses have benefited from aid from the PMS Fund. In the Diocese of Mondou most of the population lives on an informal economy.
The local Church provides an appreciated service to society through schools and health care, managed almost entirely by men and women religious, but the sudden closure of schools and assistance centers following the coronavirus emergency will leave indelible traces on an educational, psychological, economic and health level, which are already visible. To help alleviate the effects of the health and food crisis on the most vulnerable population of the diocese of Lai, in Chad, where agriculture is the prevailing occupation, aid will be used to purchase seeds and ensure the functioning of the agricultural means of transport. A hundred people, for each parish and various health centers, will benefit from the aid as well as providing food support to the apostolic staff and to the diocesan radio, which through its programs sensitizes the population to the coronavirus.
Three dioceses in Madagascar have received aid. Antsiranana, in the far north of the country, has a young population, 55 % is under 18 years of age, therefore the pastoral commitment is aimed above all at education and families. Due to the pandemic, this school year is likely to be catastrophic: many students no longer go to school and many schools risk closure, many headmasters have no resources to pay teachers, and the parents themselves are unable to contribute financially.
In the diocese of Antsirabé the pastoral structure particularly affected by the pandemic is the Diantana Center, called "the lung of the diocese". The structure hosts formation meetings, spiritual retreats, meetings and other community activities, pastoral workers, members of ecclesial movements, men and women religious, groups ... Every month a meeting of the priests of the diocese is held there. Since March, all the Centre's activities have been suspended and there are no financial resources to ensure its maintenance.
Even in the diocese of Miarinarivo the Church's pastoral commitment is carried out above all through teaching in schools, including two institutes for the poor. For some time, teachers have no longer received their salary following the suspension of lessons and the closure of churches. Due to the fact that they do not receive subsidies from the State, they have difficulty eating even once a day. The aid sent will also be used for the sustenance of seminarians, religious institutes and in particular prisoners, the elderly and orphans, who are among the weakest groups affected by the pandemic.
Even in the diocese of Ziguinchor, in Senegal, with the suspension of all liturgical and pastoral activities, parishes are facing enormous difficulties in ensuring food survival for priests and religious women, who collaborate decisively in the mission of the Church.
The coronavirus has not yet reached the Apostolic Vicariate of Inirida, in Colombia, but it is present at its immediate frontiers, therefore prevention measures are particularly rigorous. This has caused a strong economic crisis, which weighs on ecclesiastical structures, in an area already marked by the difficulties of access which have always represented a big limit for its economic development.
Finally, in Asia the Archdiocese of Dili, in East Timor, is mainly composed of young people. Support from the Fund will therefore support several hundred families, counting that each has an average of 2 to 5 children, through a subsidy in food and basic necessities. (SL) (Agenzia Fides, 16/6/2020)