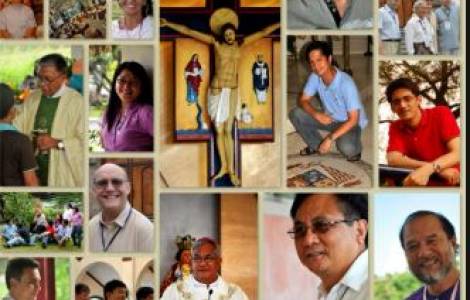 2020-07-17
Assistance from the PMS Fund for the Covid emergency sent to Niger, Gambia and Zambia

Vatican City (Agenzia Fides) - "The Holy Spirit is the true protagonist of the mission of the Church: the Spirit helps to discern in a new and creative way how to be animators of the mission in local churches, in the five continents, and how to announce the Gospel in the face of the challenges that today's time presents, such as that of the Covid-19 pandemic": with these words, Cardinal Luis Antonio Tagle addressed over 100 National Directors of the Pontifical Mission Societies, connected on an online platform yesterday, 12 June, to celebrate the General Assembly of the Pontifical Mission Societies. Given the emergency of Covid-19, the annual Assembly was not physically held in Rome, as expected, but was celebrated on a digital platform, thanks to new technologies, with the participation of about 100 connected nations, from all over the world. Cardinal Luis Antonio Tagle, Prefect of the Congregation for the Evangelization of Peoples, took part in the connection from the Palace of "Propaganda Fide"; Archbishop Giampietro Dal Toso, President of the Pontifical Mission Societies; the four General Secretaries of the PMS: Fr. Tadeusz J. Nowak, OMI, General Secretary of the Pontifical Society for the Propagation of the Faith (POPF), Fr. Fabrizio Meroni, General Secretary of the Pontifical Missionary Union (PUM), Sister Roberta Tremarelli, General Secretary of the Pontifical Missionary Childhood Society (POSI), and Fr. Guy Bognon, General Secretary of the Pontifical Society of Saint Peter the Apostle (POSPA), who is in Benin at the moment, was in connection and sent a written contribution; Mgr. Carlo Soldateschi, in charge of the Administration .
"Let us not complain about the closed doors, but we understand and collaborate for the new windows opened by the Spirit", said Cardinal Tagle, recalling that "the Lord always offers new opportunities to announce the Gospel". The Prefect of "Propaganda Fide" therefore urged the national Directors of the PMS to "be men of prayer, so as to let the Holy Spirit fill them and inspire their action, as happened for the Servant of God, Pauline Jaricot", foundress of the Pontifical Society for the Propagation of the Faith. "Every national Director - he continued - is called to discern the possibilities of action so that the whole work of the Church is oriented and animated in a missionary sense". Catechesis, liturgy, charity, families, lay groups, all pastoral areas "are themselves places and occasions of mission", he explained. Each PMS National Director "is called to collaborate with the Holy Spirit so that the mission is at the heart of the identity of the Church". In this sense, the economic aspect of the collection of offerings, he added "is a real sign and commitment of missionary charity, which opens hearts to the needs of distant peoples". Finally, the Cardinal urged the PMS to collaborate actively and closely with the local Bishops and with the Bishops’ Conferences in missionary work.
In his speech, Archbishop Dal Toso recalled with joy the acknowledgment of the miracle of Pauline Jaricot, observing that in 2022 the Society of the Propagation of the Faith, which she founded, will celebrate its 200 years, and that the PMS will begin a preparation for that event. The President of the PMS then thanked the national Directors for their efforts in contributing to the special fund established by the Pope at the PMS, in response to the Covid-19 pandemic, and in pointing out the needs of the local churches. The search for offers, he stressed, is not mere fundraising, "but is a fruitful opportunity to grow in prayer and missionary animation". In this sense, the Archbishop reiterated that the Pope's recent Message to the Pontifical Mission Societies, released on May 21, is the magisterial reference that will inspire the path and work of renewal of the PMS and the direction of their future.
With the President, the four Secretaries of the PMS stressed the importance that the PMS are fully integrated into the ordinary pastoral care of the individual local Churches, in all its forms and components, to inform and guide pastoral action with a missionary view, as an authentic "Church that goes forth".
All those present in Rome and the connected Directors wanted to thank Pope Francis for the Message sent to the Pontifical Mission Societies on May 21, Ascension Day. Furthermore, the extensive and capillary work of awareness and missionary animation conducted by the PMS National Directors around the world on the occasion of the Extraordinary Missionary Month of October 2019 was recalled. The assembly also discussed the possible topics to propose to the Holy Father for the celebration of the 2021 World Mission Day. Like every year, the PMS Assembly voted on the final and estimated budgets and approved the ordinary and extraordinary subsidies related to the financing of projects in local Churches, under the jurisdiction of "Propaganda Fide".
(Agenzia Fides, 13/6/2020)