OCEANIA/AUSTRALIA - "Plenary Council" assembly of the Church has been postponed due to Covid-19: the "listening and discernment" phase continues 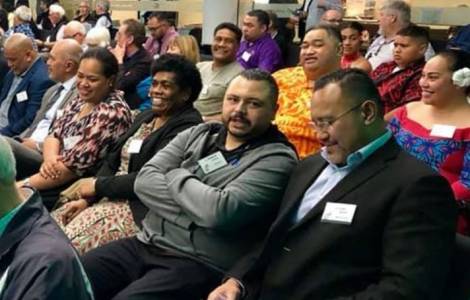 2022-01-29
The Sisters of the Immaculate Conception: "Under the protection of Mary, a life of prayer and mission in Tasmania"

Sydney (Agenzia Fides) - It will be a precious moment of gathering, reflection, planning of the future: the "Plenary Council", defined by the organizers as "the highest form of assembly of the Australian local Churches since 1937", is a fundamental step in the path of the Catholic Church in Australia. The assembly was scheduled, in its first session, in Adelaide from 4 to 11 October 2020 but, due to the Covid-19 pandemic, the assembly was postponed to 2021, when a second session was already scheduled (set from 28 June to 3 July). As Agenzia Fides learns, the organizers confirm that the Council will still take place, albeit by adjusting the times and general programming. Delegates from the 34 Australian dioceses, whose appointment has just been ratified, will take part. In the message sent to Agenzia Fides by the Australian Bishops' Conference, there is also reported the message sent to the delegates by the President of the Plenary Council, the Salesian, Timothy Costelloe, Archbishop of Perth, who notes with regret the necessary postponement, but confirms the will to hold the important assembly.
"At a time in the history of our Church which we had never lived before - notes the Archbishop - with the suspension of Masses throughout the Country and in the world, the announcement of our delegates is a source of great joy for the people of God in Australia. We ask Catholics throughout the country and in local churches to pray for the ongoing discernment in view of the Council, and in particular for delegates who will play a decisive role in defining the way that the Church of Australia will have to follow in the near future" .
Among the delegates, there are delegates who participate by right, such as Bishops, vicars general, episcopal vicars, directors of seminaries and theological institutions and heads of religious congregations; among those appointed ad hoc there are, then, the laity and representatives of ecclesial organizations of various types, including educational and social ones.
In this regard, Mgr. Costelloe explained: "Bishops from all over the country worked a lot at a local level with the leaders of their dioceses in choosing the names. Being aware of the large number of representatives of the clergy who must be called by virtue of their role, it was important to give priority to lay people, especially women and young people. We are pleased to have been able to reduce the average age, increase the percentage of lay people and the percentage of women in the general list of delegates".
The Plenary Council was called by the Australian Church to reflect on the path to be taken in relation to the challenges of contemporary society. To ensure deeper discernment and more accurate dialogue, the appointment will take place in two sessions.
The path of preparation has involved the entire Australian Catholic community for over a year, bearing in mind: "What do you think God is asking of Australia in this era?", materialized in two phases: the first entitled "Listening and dialogue" ; the second called "Listening and discernment" phase, which outlines the agenda and the topics to be addressed in the Plenary Council. (LF-PA) (Agenzia Fides, 15/4/2020)