ASIA/THAILAND - Covid-19, "fear is disproportionate and visible", says a missionary 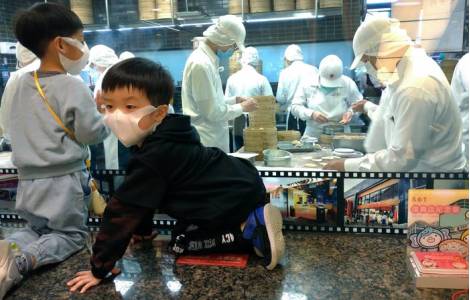 2020-05-07
Between economic crisis and online prayer: the Covid-19 emergency shakes the nation

Chiang Mai (Agenzia Fides) - "The Catholic Church has suspended all liturgical and pastoral activities, with the participation of the people, until after Easter and has disseminated information and preventive material, inviting them to in-house celebration", writes to Agenzia Fides Don Attilio De Battisti, Italian fidei donum missionary in Chiang Mai, with regards to the "unusual Easter" due to Covid-19. "Here too in Thailand the initiatives and celebrations of the Triduum chaired by the Pope are resumed and proposed".
"We missionaries - continues Don Attilio - are well and the faithful show solidarity for our families, for the benefactors and for all the compatriots. We are not in danger and we have applied the provisions of the Diocese. At a pastoral level, we are prohibited from reaching communities that live in remote areas, in the mountains: in some cases, fear has led them to isolate themselves. Caritas and the Social Pastoral Office have encouraged generosity with the purchase of masks and the help of the most distant communities in the fight against fires".
Don Attilio writes that, according to data from the Ministry of Health, as of April 6, 2020, Thailand has 2220 infected and 26 victims, almost all Thai. "From these numbers we deduce that the situation is not serious or alarming, but is under control. However, the level of fear, fueled by the media, is disproportionate and visible. The images of China and Italy are traveling around the world and generate comments ranging from sympathy to national pride. The fast dissemination of information on social media such as Facebook, Line, Youtube, Tik Tok, added to the almost total absence of critical capacity, allows the viral circulation of trivial, alarming, simplistic, if not false or inaccurate news, generating incomprehensible feelings and actions. Here too some basic products have run out, (eggs and noodles). The government has replicated 'quarantine' measures and lockdowns implemented in other countries but without coordination and a well-made information campaign. The provinces have activated very few initiatives in support of the vulnerable".
The missionary offers an overview of the situation: "Contact with foreign and neighboring countries is currently blocked. All airlines have suspended the normal calendar. Travelling by land, with some warnings, continues normally. Food delivered home by young people on motorbikes, without precautions is the rule; social support programs are launched without any form of control and in any case seem to be palliative measures (140 euros for three months, face masks as a gift). Buddhist temples have closed after almost 15 days from official indications and seem very flexible on future dates. Economic activities continue regularly but the entertainment venues, tourist markets, restaurants and hotel facilities are closed. Face masks have been in use for some time to overcome the permanent state of air pollution (in Bangkok for smog, in Chiang Mai for smoke from fires.) The date of the Thai New Year has been moved (13-15 April) and there are health checkpoints on the roads, at the entrance to shopping centers and large markets. The schools are on holiday until the end of April, but all courses, summer educational initiatives, school camps and sports activities have been suspended".
Finally, Don Attilio reports that "there is no open talk about the capacity or incapacity of healthcare facilities to cope with a possible explosion of infections". On the economic front, "the numbers of those who lose their jobs or close their businesses are not indexed. The 10 countries of the ASEAN group (the Association of Southeast Asian countries) are starting to behave as outsiders: Vietnam and Myanmar block or limit the export of their rice, they will probably be followed by Laos. The big works are blocked and workers paid per day are at home and prices are rising dramatically". (AdB/AP) (Agenzia Fides, 8/4/2020)

ASIA/INDONESIA - Covid-19, outbreak in the Catholic Church of Medan, the Archbishop in hospital