ASIA/CHINA - Covid-19 emergency, help arrives at the Vatican and a letter from Chinese Catholics: "Holy Father, take care of yourself" 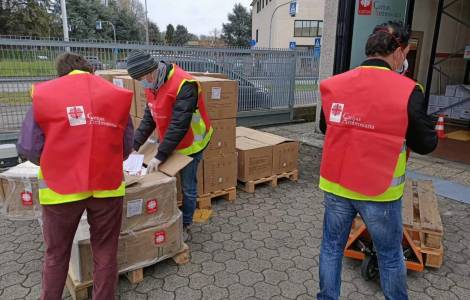 Beijing (Agenzia Fides) - "Holy Father, during the epidemic, may you also have your person at heart. Do it for us, 1.3 billion Catholics around the world. Please take care of yourself too!". This is the recommendation that Chinese Catholics address to Pope Francis from the bottom of their hearts. An open letter addressed to the Bishop of Rome and published today on Xinde Press ("Faith") website, the widest platform for Chinese Catholic communication. "The same recommendation" reads the letter "we would like to extend to those who administer Casa Santa Marta and its secretaries: may theytake care of the Pope, in this difficult period, and watch over the safety distances when he has to meet visitors. And if he must necessarily receive someone or participate in events with other people, we hope very much that the Pope will also wear a mask".
In the words of the letter addressed to the Pope one perceives the loving concern of those who also care about the health of a person they love so much, at a time when danger is incumbent on everyone. As a gesture of faith and communion, countless Chinese Catholics remained awake or woke up on purpose in the middle of the night to follow via internet the extraordinary act of prayer in times of epidemic presided over by Pope Francis on Friday 27 March in St. Peter's Square (in Beijing it was already one in the morning ,Saturday 28 March). A large number of them are following the Pope's spiritual suggestions every day (reciting the rosary, novena, daily prayers) to live their own Lenten spiritual journey in this time devastated by the global health emergency.
The aid collected with the coordination of Jinde Charity - as well as those sent by other communities and private citizens - are arriving in Italy and in the Vatican with the logistical support of the Italian embassy in Beijing and the Italian Foreign Ministry, which has made it possible to coordinate and organize the air transport of the collected aid. On March 28, the second shipment of aid sent by Chinese Catholics arrived at Malpensa airport (Milan), for a total value of 450 thousand euros. Through the Vatican Pharmacy, the aid was sorted to the Office of the pastoral care of the Vicariate of Rome (10 thousand N95 model masks, over 500 thousand disposable masks, 27 thousand surgical gloves, 8 thousand coveralls and 6 thousand protective glasses). Large quantities of the same health devices were sorted to the Diocese of Macerata, to the Gemelli Hospital of the Catholic University of the Sacred Heart, to the field hospital of the National Alpine Association. The first shipment of medical devices shipped thanks to the collections of Chinese Catholics had arrived in Italy two weeks ago, in which case the protective equipment had been taken over and redistributed by Caritas Ambrosiana, in the territory of the archdiocese of Milan and in Lombardy, epicenter of the pandemic. Now the third shipment is ready to leave Beijing with the first available direct flights to Italy.
Since the first outbreak of the Covid-19 epidemic, Pope Francis has publicly shown his closeness to the Chinese population heavily affected by the virus also with direct references expressed at the end of the Wednesday general audience or after the recitation of the Sunday Angelus. As confirmed by Mgr. Segundo Tejado Muñoz, Undersecretary of the Dicastery for the Service of Integral Human Development, quoted by Xinde Press, "through Jinde Charity, Pope Francis donated 200,000 euros unconditionally to China for prevention/epidemic projects and assistance for the elderly, to express his love for the Chinese people".
Chinese Catholics are living this emergency with a great sense of faith, comforted by the gestures and words of the Pope who calls everyone to prayer and fraternal solidarity. In addition to Italy, aid from Chinese Catholics and Protestants also arrived in South Korea and Spain, also provoking free gestures of gratitude from people affected by this spontaneous charity movement. Don Giovanni Battista Sun, President of the "Li Madou" Study Center of the diocese of Macerata, stressed that the emergency that Italy is going through, the Country of the Jesuit Matteo Ricci from Macerata, had aroused concern in all Chinese, Catholic and non-Catholic. And a Chinese scholar wanted to send 10 thousand Yuan (equivalent to 1,500 euros) to Jinde Charity asking to use it to send aid to the population of Macerata. The Amity Foundation, the Chinese Protestant Christian Foundation renowned for printing hundreds of millions of Chinese-language Bibles, is collaborating with Chinese Catholics to help countries most affected by Covid-19 such as Italy, Spain and Germany "in the name of all Chinese Christians". "Christian charity", says Father John Baptist Zhang, at the head of Jinde Charity, to Fides "is borderless, and especially now it is urgent to look at the sufferings of the whole human family with the spirit of Christian charity, as faith and the magisterium of all the Popes teach us". (NZ) (Agenzia Fides, 3/4/2020) 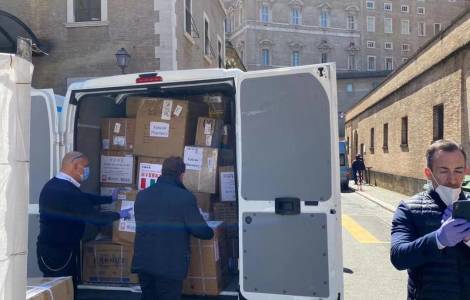 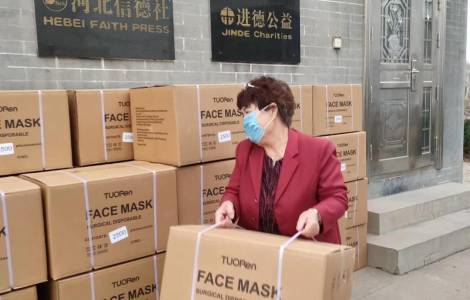