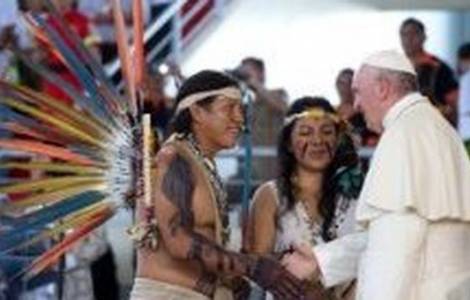 Rome (Agenzia Fides) - The Church «is called to journey alongside the people of the Amazon region» and to develop a Church with an «Amazonian face». But «for this incarnation of the Church and the Gospel to be possible, the great missionary proclamation must continue to resound». This is what Pope Francis wrote in paragraph 61 of his new Apostolic Exhortation Querida Amazonia (Beloved Amazon), the magisterial text inspired by the work of the Synod which took place in Rome between 6 and 27 October and which ended with a text entitled The Amazon: New Paths for the Church and for an Integral Ecology.