AMERICA/ECUADOR - "One does not improvise to become martyr": the testimony of Fr. Moscoso, the first martyr of Ecuador 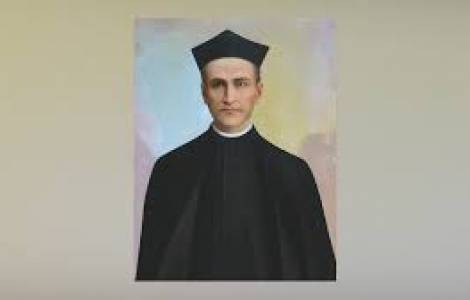 2021-01-09
The Bishops: "With our vote we write history and generate progress or regression, security or insecurity"

2020-12-04
The Bishops: "Our dreams for Ecuador and for the pilgrim Church in these lands"

Riobamba (Agenzia Fides) - "The virtuous life and the heroic death of Blessed Emilio Moscoso encourage each of us to bring the light of the Gospel to our contemporaries with enthusiasm, as he did. His testimony is current and offers us a meaningful message: one does not improvise to become martyr, martyrdom is the fruit of a faith rooted in God and lived day by day; faith requires consistency, courage and an intense capacity to love God and one’s neighbor, with the gift of oneself". These are the words pronounced by Cardinal Angelo Becciu, Prefect of the Congregation for the Causes of Saints, during the solemn celebration that he presided over on 16th November at the Olympic Stadium in Riobamba, for the beatification of Fr. Emilio Moscoso Cardenas, Jesuit, first martyr of Ecuador.
Emilio Moscoso was born in Cuenca on 21 August 1846 and died a martyr, assassinated at 51 years of age on 4 May 1897, during the Liberal Revolution with strong anticlerical connotations that shocked Ecuador at that time. After studying law he joined the Society of Jesus. Ordained a priest in 1877, he completed his studies in France and Spain. After three years in a school in Peru, he returned to Ecuador, first to the Collegio San Luis (Quito), then to the Collegio San Felipe Neri (Riobamba), of which he was appointed rector in 1892. In a context of strong hostility towards the Church on behalf of the government, on May 2, Father Moscoso was arrested, but the pressure from people who appreciated the work of the Jesuits led to his release the next day. On May 4, the soldiers forcibly entered the Jesuit school and, after carrying out sacrilegious acts in the chapel, found Father Moscoso praying in his room, reciting the Rosary and was killed. The colonel responsible for the operation personally dragged his body into the street to continue to disfigure him, but he had to stop due to the reaction of the soldiers and the protests of the population.
"Father Emilio Moscoso is a model of a priest who was a courageous witness to the love of Christ - said Cardinal Becciu -. The priests, religious and the entire Church in Ecuador is encouraged to imitate the new blessed who gave his life for the Gospel ... His executioners, wanted to hit the Catholic faith. But it was a useless attempt. The martyrdom of this heroic Jesuit has highlighted that violence is not able to remove faith from people, nor eliminate the presence of the Church in society".
All the Bishops of Ecuador participated in the solemn celebration of the beatification. In the text sent to Fides, they underline: "Ecuador is experiencing delicate moments of political, social and economic instability. The strong poverty suffered by many of our brothers and the necessary interculturality urge us to learn to live the needs of a coexistence based on peace, justice and equity. We will continue to accompany our people in the search for peace". Finally they reiterate: "Let us conclude with the Beatification of Fr. Emilio Moscoso, S.J., martyr of the Eucharist". (S.L.) (Agenzia Fides, 19/11/2019)

AMERICA/VENEZUELA - Towards the beatification of the "Doctor of the Poor"