AFRICA - ACI-Africa agency is born, Archbishop Dal Toso: "A sign of hope for the continent" 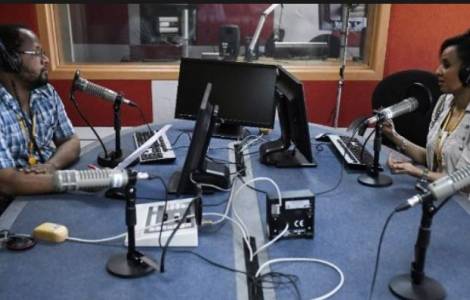 2021-08-26
Attacks in the Sahel are increasing: the bishops of Niger and Burkina Faso express concern

2021-06-25
"We must save children from violence and moral depravity": alarm in West Africa

2021-05-07
Covid-19: "Africa's access to vaccines is one of the crucial points to contain the pandemic" recalls CUAMM

2021-04-28
The African Church in aid of migrants: a work of integration, development and formation

Vatican City (Agenzia Fides) - "In these pasts months of my service at the Congregation for the Evangelization of Peoples, in particular as President of the Pontifical Mission Societies, I have been very blessed and consoled. To see the Church grow and flourish, in Africa as well as in other continents, is a sign of great hope that helps us overcome the uneasiness that can sometimes overtake us if we consider the current situation of our Western society. The new news service that will be presented today, to which you have given your kind and generous support, is an unmistakable sign of the meaning of communion within the Church": said Archbishop Giampietro Dal Toso, President of the Pontifical Mission Societies, today in his homily, during a holy mass celebrated at the Vatican for the official presentation of ACI-Africa, information service edited by EWTN Global Catholic Network. As reported by a note sent to Agenzia Fides, ACI-Africa will be a Catholic press agency based in Nairobi, Kenya, which will publish content in English, French and Portuguese. The agency will officially begin operations next August 15, the Solemnity of the Assumption, the same date on which EWTN Founder Mother Angelica launched EWTN in 1981.
The declared intent, says Michael P. Warsaw, EWTN Chairman and Chief Executive Officer, is "that this new service from EWTN will help continue to build up the African Church and also ensure that the voice of the African Church is heard more clearly around the world with content that is shared through EWTN’s other news platforms".
The Association for Catholic Information in Africa (ACI-Africa) will be headed by Father Don Bosco Onyalla, a priest of the Diocese of Rumbek in South Sudan, who expressed the satisfaction "of facilitating the telling of Africa’s story by Africans, and to the challenges involved in setting up a news agency in the vast and multi-cultural context that is Africa".
ACI-Africa will be a part of the ACI Group which was acquired by EWTN in 2014 and includes ACI Prensa, ACI Digital, the Rio de Janeiro, Brazil-based news organization, which serves the Portuguese-speaking world; and ACI Stampa, the Italian-language news organization based in Rome. ACI Group is part of the larger EWTN News, Inc. division, which also includes Denver-based Catholic News Agency (CNA), the German language news service, CNA Deutsch, and several other Catholic news outlets. In 2011, EWTN acquired “The National Catholic Register,” the leading Catholic newspaper in the United States.
. EWTN Global Catholic Network, in its 38th year, "is the largest religious media network in the world", which broadcast to over 300 million television households in more than 145 countries and territories.
Mgr. Dal Toso, addressing the participants in the inaugural mass concluded: "the service that you are starting today is to be achieved in this perspective: the missionary gaze of the Church, in which you participate through your contribution, seeks the person’s ultimate good, that is, his fulfillment in the knowledge of Christ and his mystery of salvation. I thank you for your service, and I pray that the Lord may bless your mission, so that the light of Christ may illuminate all peoples and, in coming to know Christ, every man may experience eternal life". (Agenzia Fides, 10/5/2019) 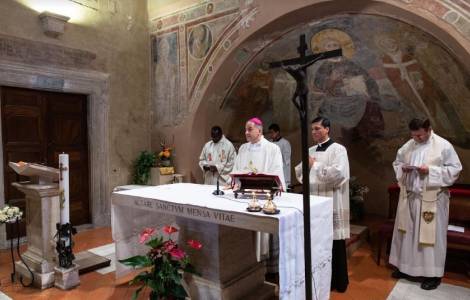 VATICAN - Third edition of the multimedia course: "Communication is Mission"

ASIA/MYANMAR - After arrest by local militia in Chin State: priest and catechist return to pastoral service

AMERICA/BRAZIL - Report of the Pastoral Land Commission: 2020 "year of terror" due to registered conflicts