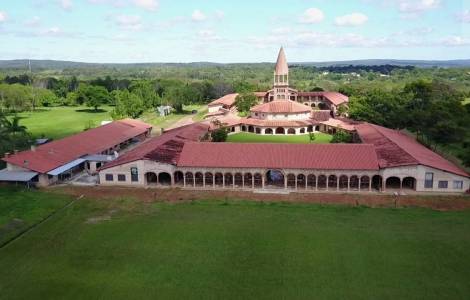 2020-04-22
Bishops: "hunger is a current cry", need to alleviate the food and economic crisis that accompanies social isolation

2020-04-20
Bishops: solidarity with other countries affected by coronavirus

2020-04-10
Bishops to priests: "More than ever this Easter must help us deepen the mystery of Christ"

2020-02-27
Girl killed: being indigenous should not be a reason for discrimination and cruelty

Marianela (Agenzia Fides) - There will be about 80 participants in the meeting of Catholics with political responsibilities at the service of the peoples of the Latin American Cono Sur, which will be held from 10 to 12 April in Paraguay, in Marianela (Atyra). Politicians engaged in different areas of public life in Brazil, Argentina, Uruguay, Paraguay and Chile will dialogue with some Bishops and Cardinals in the region.
The initiative is promoted by CELAM (Latin American Consejo Episcopal) and the Pontifical Commission for Latin America (CAL), following a similar previous meeting held in 2017 in Bogotà, attended by about one hundred politicians and bishops, in order to renew the awareness of the importance of their contribution "of missionary disciples in public life", in a climate of listening and mutual dialogue, as established by the final Document of Aparecida. This meeting will be followed by others, among Catholic politicians and Bishops, in the different regions of the continent.
The program of this meeting, according to the note sent to Agenzia Fides, provides for the exchange of experiences, testimonies and reflections on the experiences of Catholic laity who assume public responsibilities at the service of the Latin American peoples, in an attitude of listening and dialogue with the Bishops. All this in order to find the most appropriate ways to enhance them, accompany them and support them. During the three days of work the critical considerations on the democratic reality of the Cono Sur countries, the priorities and challenges for democratic politics according to the Magisterium of Pope Francis and of the Latin American Episcopate, the Church's contribution to dialogue and pluralism in political life, the inculturation of the Social Doctrine of the Church will be highlighted.
In addition to the two round tables at the center of the program, on "what do politicians say to the Bishops?" and on "what do Bishops say to politicians?", during the meeting a series of topical issues that also represent challenges will be addressed: identity, unity and Latin American integration, guarding life, marriage and the family; education; economic growth with justice and equity, inclusion of marginal and "discarded" sectors, policies for full employment, promotion of popular participation, care of the common home, fight against drug trafficking, corruption and violence, peace building; common good. (SL) (Agenzia Fides, 5/4/2019)