ASIA/MYANMAR - Cardinal Bo: "No to the dam that deprives us of 'our mother', Irrawaddy" 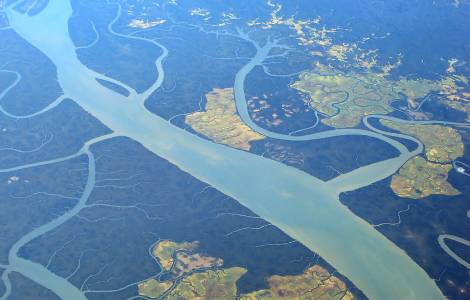 2020-01-17
The Bishop of Myitkyina: "Stop violence, which slows down development"

Yangon (Agenzia Fides) - "We the people of Myanmar, with tears in our eyes, our hearts shaken by fear and sorrow, knock at the doors of our rulers and the international community. Faced with the sad prospect of losing 'our mother' Irrawaddy, through Myitsone dam, to the greed of a superpower, every Myanmar citizen pleads with all people of good will to come to the support of the poor of Myanmar:": this is the heartfelt appeal widespread by Cardinal Charles Cardinal Maung Bo, Archbishop of Yangon, and President of Federation of Asia Episcopal Conferences (FABC).
In the text of the appeal, sent by the Cardinal to Agenzia Fides, he explains: "Irrawaddy is not a river to us, she is not a commodity to be bartered. She is the sacred mother of every Myanmar people. Her history is intertwined with the history of Myanmar. Like the jewel around the neck of our nation, Irrawaddy traverses through the whole nation crossing thousands of miles. She is witness to our sorrows, joys and wounded history. She is our hope, she is our destiny".
The Cardinal continues: "For a nation of agriculture, where 80 percent of the people live by farming, Irrawaddy is an unfailing accompanier in their livelihood. Her Majesty, her dancing down the mountains, her mystic meandering through the soul of the nation, her generosity to the poor farmers, make Irrawaddy the nations’ sacred identity. This river is the most sacred symbol of our nation".
After decades in which the great powers exploited Myanmar's resources, the text notes that "recent events in the country have further, increased the leverage of certain countries over our nation. Threats and blackmail are used with impunity". In this context, "Myitsone dam - says the text - is the death sentence to the people of Myanmar. The grim prospect of millions of farmers losing their livelihood, the abuse of sacred sites along the rivers, the death and destruction of the precious flora and fauna of our dear nation, is becoming a nightmarish reality. This dam is an environmental disaster. Myitsone dam is a toxic cognac for chronic war. Peace will fade in the horizon. A bleak future awaits the people of Myanmar. We do not deserve this".
The appeal continues: "For the peaceful future, Myitsone dam must be stopped. The former President U Thein Sein took the courageous step of stopping the dam work. We believe all those inside Myanmar will support the move to abrogate any treaty that abuses Mother Irrawaddy. Those who support the restarting Myitsone dam are like sons and daughters who commodify their parents for monetary gains. History will never forgive those who sell our mother Irrawaddy".
The Cardinal states: "On behalf of all the people of Myanmar, especially the poor farmers, we earnestly request all stakeholders to stop their attempts to abuse our mother Irrawaddy. We earnestly request the people of Myanmar to join hands in protecting the dignity of our mother Irrawaddy. We are hopeful that our leaders will resist all efforts to destroy our nation’s destiny and dignity". (PA) (Agenzia Fides, 29/1/2018)

AMERICA/BRAZIL - Bishops on beach pollution: there is no future for humanity without respect for the common home

EUROPE/IRELAND - Extraordinary Missionary Month: "It is time to revive our missionary genes, to renew our hearts for mission"

AMERICA/BOLIVIA - The forest has been burning for two months: the Bishops ask for the intervention of authorities and harsh sanctions for those responsible

AFRICA/CHAD - A cereal bank against exploitation and poverty