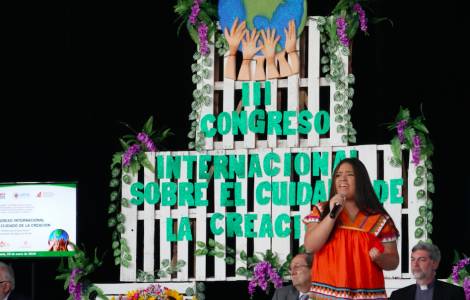 Panama (Agenzia Fides) - An "ecological conversion" is urgent, that derives from a change of lifestyle, in Papua New Guinea and in the whole world. "Deforestation with the consequent climate change, mining without protection of the environment, the looming devastation of the seabed and especially the disposal of waste, in particular that of plastic materials, are destroying our environment, aggravating the effect of poverty among our people", said the Salesian, Fr. Ambrose Pereira, Director of Communications and Youth Ministry within the Episcopal Conference of Papua New Guinea and the Solomon Islands, participating in the congress entitled "Youth for a common Home: ecological changes in progress", held at the Catholic University Santa Maria La Antigua, in Panama City, January 19, as part of the events related to World Youth Day.
During the meeting, which was attended by 200 young people and animators, representatives of youth ministry in different countries and continents, some practical points were highlighted and shared, such as the need for the clergy to face and share the issue of climate change, the inclusion of a regular monthly reminder in the liturgical calendar, the need for dialogue between civil society and politics that goes beyond the borders of religious communities, the urgency of increasing the use of renewable energy. "We are guilty of having kept silent, remaining indifferent and negligent", said one of the young people present.
The young people therefore proposed to create the "Laudato Sì Generation": a network of young Catholics, worldwide, who intend to engage directly in the challenge of remaining faithful to the teachings of Pope Francis, in the care of creation and in the awareness of consciences. Official launch of this new network will be done in the presence of the Holy Father on Friday 25 January 2019. (AP/AP) (Agenzia Fides, 23/1/2019) 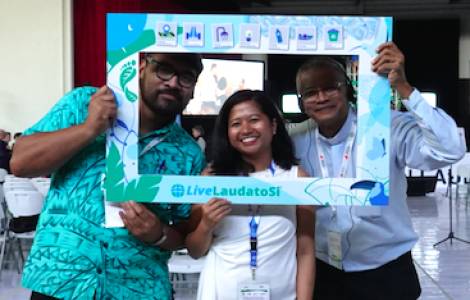