ASIA/PAKISTAN - A priest: "Asia Bibi was freed by an order from the Supreme Court, not by the Pope" 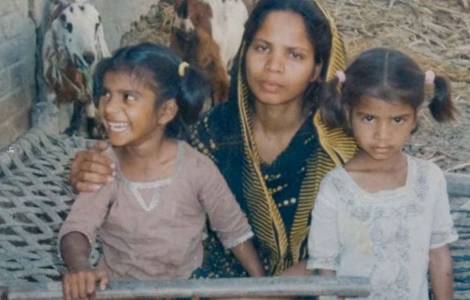 Islamabad (Agenzia Fides) - "In Asia Bibi’s case it was not easy to issue an honest and independent verdict, in the Pakistan context, where people are not ready to face the truth. The Supreme Court examined the case and issued an unexceptionable verdict.
We must congratulate the judges for their courage in telling the truth. In this case it was the Supreme Court that released Asia Bibi; Pope Francis only prayed for her and for all the innocent victims, persecuted for their faith": says to Agenzia Fides Fr. Bonnie Mendes, priest of Faisalabad, for years director of Caritas Asia, while in Pakistan the attention on the case of the Christian woman sentenced to death for blasphemy in 2010 and acquitted by the Supreme Court on 31 October has not died down.
In the controversies, especially on social media, one tries to involve the Pope too: Christians in Pakistan are embittered for a post-blasphemous published on Facebook and spread in social networks. The post portrays a photo of Pope Francis and other priests, modified by superimposing the face of the Prime Minister of Pakistan, Imran Khan, and other ministers on them, and alluding to the allegedly directing of the Vatican behind the absolution.
"It is sad and paradoxical that, precisely in a case of alleged blasphemy, one does not avoid hurting the feelings of Christians living in Pakistan. It is blasphemous to dishonor our religious leader Pope Francis, the crucifix and the sacred garments used by our priests during mass", comments Sabir Michael, Catholic human rights activist, to Fides and adds:" Those who think that the action of the Church led to the absolution of Asia Bibi are totally off-track: to understand the reasons they should read the sentence of fifty-six pages issued by the Supreme Court of Pakistan".
Fr. Mario Rodrigues, Rector of the Cathedral of Saint Patrick in Karachi, told Fides: "Pope Francis showed great interest in Asia Bibi’s case, in a prison as innocent, praying for her. Christians all over the world also fasted and prayed for Asia Bibi’s release, but the final decision is of the Supreme Court".
The image published is the result of the spread of false news on the alleged flight of Asia Bibi from Pakistan, denied by the Minister for Information and the Foreign Ministry.
It is the third episode, in a month, that touches blasphemous contents towards Christian faith. In recent days, the trailer of the TV series "Maria bint-e-Abdullah" (see fides, 29/10/2018), a cartoon of the crucifix appeared in the Express Tribune newspaper (see Fides, 30/10/2018) had been reported in Pakistan.
Currently, in Asia Bibi’s case, the prosecution submitted a request to the Supreme Court to revise the sentence, a possibility granted by the criminal procedure. The woman is out of prison and is in Pakistan in a secret location, under protection. (AG) (Agenzia Fides, 13/11/2018)

VATICAN - Like the Magi, in search of the light that will overcome the darkness of these difficult times