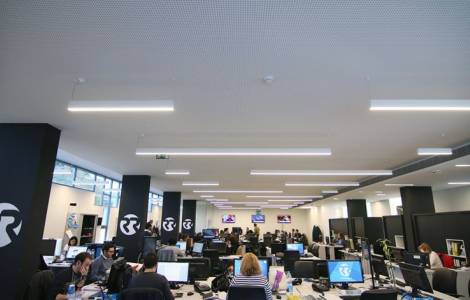 Lisbon (Agenzia Fides) - The 25th meeting of the European Conference of Christian Radio (ECCR), which this year chose the theme "The digital challenge for our radios", began yesterday in Lisbon.
In an interview with Ecclesia Agency, sent to Fides, Isabel Figueiredo, responsible for coordinating the contents of Radio Renascença, highlights "the satisfaction and pride" in hosting this initiative and being able to "share experiences" with colleagues from different countries and contexts. "It is always time for us to share our testimonies with each other, what we are doing, how we can do better and how we can ensure this Christian presence in countries we live in", said Isabel Figueiredo.
It is the third time that Portugal hosts the ECCR meeting, with the participation of the leaders of 7 European Christian broadcasters, out of a total of 19 participants. The broadcasters are: Proglas (Czech Republic), Cope (Spain), Corallo (Italy), Lumen (Slovakia), RCF (France), Szent István radio (Hungary) and the Dicastery for Vatican Communication, which includes the radio project of the Holy See.
At the base of this meeting there will be a reflection on the digital challenge for Christian radios, a topic that was also discussed in the last conference on social and digital communication promoted by the Catholic Church in Portugal.
"The chosen theme is simply what we live, it is part of reality, and this drives us to do more" says Isabel Figueiredo, who underlines "the enormous concern of Radio Renaissance in this sector".
For the Radio Renascença coordinator, even if the times are different and today we have "all the technological apparatus in the studios", "the soul of the radio" continues to be "in the people who make the radio and in those who produce the contents , who give voice, who give information, who seek the news".
Gathering more than 650 radios from the Atlantic to the Ural, the ECCR thus continues the action which it undertook since its creation in 1994, in particular thanks to the Conferences previously organized in several European cities.
(CE) (Agenzia Fides, 11/10/2018)

VATICAN - Pope to Pauline Family: Preach Christ with prayer and all available media