AFRICA/MADAGASCAR - Corruption and widespread illegality: the problems of the nation in view of the vote 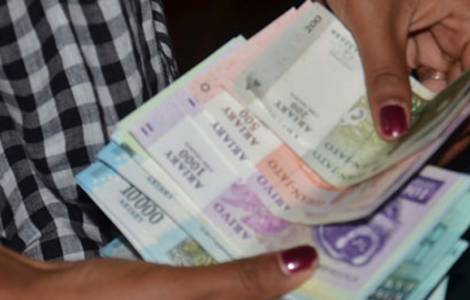 2019-09-09
"A population abandoned to itself. Pope Francis is right in denouncing corruption", says a missionary

2019-09-02
On the eve of his trip to the island, Pope Francis thanks the Malagasy faithful

Atananarivo (Agenzia Fides) - "Politicians fight only for their own interests. They do not serve the nation or the people because they do not have the sense of the common good". With these words Father Prospère Ratovomananarivo, director of "Lakroa" Catholic newspaper, traces, in a conversation with Agenzia Fides, the picture of the political situation in Madagascar, in view of the presidential elections of 26 November.
"Our problems, both economic and political", Father Prospère points out, can be summarized in the word 'egoism'. Widespread lawlessness, mismanagement of public affairs, and strong dependence on external aid are the results of this selfishness. This leads to a continuous deterioration in almost all areas: infrastructure, economy, politics, common mentality, so everything is destructured and dysfunctional".
In view of the elections, the political situation is rather chaotic. "The future - says Father Prospère - is uncertain and with little hope. We have lost a lot of time in repetitive and cyclical political crises, which have deeply damaged us. These crises weigh on the economy and therefore on people's lives and there is difficulty in overcoming this situation".
There are 36 candidates in the elections, but the battle will be reduced to a confrontation between three former presidents Andry Rajoelina, Marc Ravalomanana, Hery Rajaonarimampianina.
External influences will also weigh on the vote, especially France, a former colonial power that still has a say in the political, economic and social life of the Red Island. "France plays an essential, I would say primordial role in Madagascar's foreign and international policies", continues Father Prospère. It is the country that orients the politics of the European Union towards Madagascar. The international community, France and the European Union in the lead, push and support the electoral process".
In this framework, the Catholic Church, through Card. Odon Marie Arsène Razanakolona and the Episcopal Conference maintain a neutral but not passive position. "One must not be manipulated by scoundrel politicians", reads the message, made public at the end of the plenary assembly that the Bishops of Madagascar held in May. "We must be vigilant against their beautiful promises during the electoral campaign, and resist any form of intimidation", write the Bishops.
According to the Bishops "a good head of State must devote his life to saving his country, have faith in God and be wise, be jealous of national sovereignty, seek above all the common good, be honest and respectful of the word given. He must also know how to listen and exchange opinions, be open to discussions, learn about the Malagasy culture, and finally avoid mixing the affairs of State with those of his political family, his religion or his private investments". (EC) (Agenzia Fides, 19/9/2018)