ASIA/SOUTH KOREA - The proclamation of the Gospel in Korea travels on radio, newspapers, web and cable TV 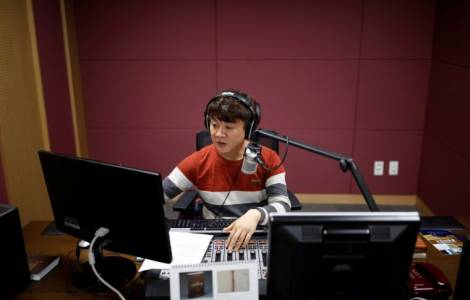 Seoul (Agenzia Fides) - "Catholic Peace Broadcasting Corporation" (CPBC), the official media organization of the Catholic Church in Seoul, celebrates the 30th anniversary of its foundation and re-launches its role of proclaiming the Gospel and peace in Korea: as communicated to Fides by the Communications Office of the Archdiocese of Seoul, on June 29, feast of St. Paul, a Mass presided by auxiliary Bishop Benedict Hee-song Son, president of the CPBC and Vicar General of the Archdiocese of Seoul, took place in Seoul, in the presence of over 200 faithful.
In his homily, Bishop Hee-song Son said, "We trust God, as in the past 30 years; in today's reality the work in communication presents many challenges: we should believe more strongly and follow the Word of God".
"Catholic Peace Broadcasting Corporation" is a media network founded in 1988 in the Archdiocese of Seoul with the aim of "offering the Good News" to Koreans, trying to adapt to the new global communication trends. It is a multimedia channel with a newspaper, radio and cable TV, launched in 1990 and 1995.
On the other hand, following the pastoral advice of Pope Francis, Cardinal Andrew Yeom Soo-jung, Archbishop of Seoul, created a "Commission for communications" led by Bishop Benedict, Hee-song Son in the archdiocese. The Commission has the aim of improving communication between the Church and the government, also by promoting a Catholic publishing house, a department that takes care of the Catholic web portal.
In the panorama of the Catholic communication in South Korea, we also have the "Catholic Times of Korea", a weekly magazine that has just turned 90. It was founded by young lay Catholics in 1927 - during the years of Japanese colonization - with the aim of "spreading the teachings of Christ". Supported by the Korean Bishops, it "helps Catholics to look at society through the eyes of Christ", said the Archbishop of Daegu, Thaddeus Cho Hwan-kil, during the celebrations of its 90th anniversary. Cardinal Yeom said that "the Catholic Times is a piece of history of the Catholic Church in Korea: through the weekly, Korean Catholics have listened to the voice of God". (PA) (Agenzia Fides, 3/7/2018)

VATICAN - Mgr. Harrington to the Bishops: "We need to rethink communication, putting the recipients of the message at the center"