ASIA/INDIA - New violence and harassment against Christians in Orissa 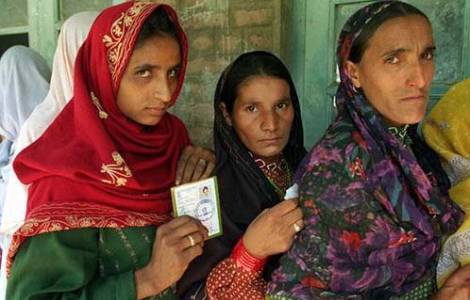 Cuttack (Agenzia Fides) - New violence and atrocious harassment are recorded against Indian Christians in Orissa, a state of central-eastern India. As Agenzia Fides learns, in the village of Tangaguda, which is located in the district of Malkangiri, inside the state of Orissa, three Christian families who in recent days suffered fierce abuses and beatings, live next to 35 Hindu families.
These are the facts reported to Fides: on February 27, a 2-year-old girl, daughter of a Christian family, died and the family was preparing the funeral and burial on land owned by them. Other villagers, however, stopped the funeral and said that the little girl had to be buried outside the village, for pure anti-Christian ideology.
The father, the Christian Sukra, was firmly convinced that as a parent he had the right to bury his child on his property but had to pay an absurd "penalty" of 5,000 rupees in order to carry out the burial. In the night, however, a group of 30 Hindu extremists illegally entered Sukra's property, with the idea of setting fire to their home. His wife managed to escape, while Sukra and his 12-year-old daughter Savitha were brutally beaten and left unconscious. Other Christian neighbors, who wanted to rescue them, were beaten by the crowd and were left unconscious on the ground. Sukra Markhami's house was completely burned and razed to the ground. The Christian community is shocked by this manifestation of hatred, intolerance and discrimination.
Six victims of violence, injured in a rather serious way, are currently in hospital. The Protestant Pastor who leads the local community has helped Christians to file a complaint to the police who tried to mediate and establish a "peace agreement" between the two parties.
Catholic priest Manoj Kumar Nayak, who works in Orissa reminds Fides: "In Orissa there is still hatred and discrimination against Christians, and there are failings to meet the legitimate needs of Christian minorities". Christians by their nature want to build peace, unity and harmony, even when they are targeted as innocent. The Christians of Orissa are an example of this: their faith is alive and their witness of evangelical blessedness is an example for all the baptized in India". (PN-PA) (Agenzia Fides, 3/3/2018)