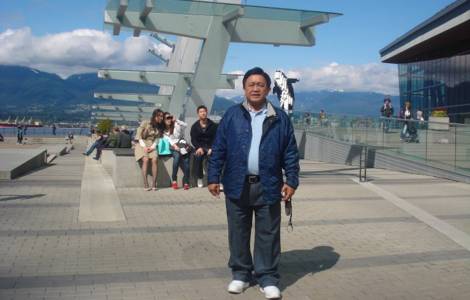 Manila (FIdes Agency) - Marcelito Paez, called Tito, an elderly priest of the diocese of San Jose, was killed in the Philippines. As confirmed by Bishop Roberto Mallari, who leads the community of San Jose, in the central part of the Filipino island of Luzon, he was shot by four motorcycle-riding gunmen around 8 pm on December 4 as he was driving through Jaen town. He was rushed to a hospital in the nearby town of San Leonardo and died about two hours later due to gunshot wounds. It was a real execution, that Bishop Mallari "strongly condemns", asking the authorities "to investigate and do justice to his death ". So far no criminal group has claimed the killing.
As Fides learns, there is strong indignation and disappointment among the faithful in the diocese and throughout the Catholic community in the Philippines. Vigils and spontaneous prayer meetings have brought together the local faithful, whom the Bishop invited to "stay united in prayer for justice".
Paez was a diocesan priest who served the diocese for more than 30 years and retired in 2015, although he continued his pastoral and apostolic work. In his service to the Church, he was known for his active involvement in the defense of social justice, especially in human rights issues that affected the poor. For many years he had been part of the Commission for the social action of the diocese, at the head of the "Justice and Peace" office.
The priest was currently the coordinator in Luzon of the "Rural Missionaries of the Philippines RMP", a body that in the Philippines brings together religious men and women and lay people, men and women, founded in 1969 by the Association of Major Superiors in the Philippines, with the idea of offering an active Christian presence in rural areas.
Just on the day he was killed, Paez assisted in facilitating the release of political prisoner Rommel Tucay who was detained in a prison in the city of Cabanatuan.
"It is a very serious act. The execution is a brutal act that aims to sow terror among those who oppose the militaristic and despotic nature of Duterte’s government and to silence those who continue to denounce extrajudicial executions and violations of human rights", says Sister Elenita Belardo, of the Sisters of the Good Shepherd, National Coordinator of the "Rural Missionaries of the Philippines" to Agenzia Fides. "We do not know who the perpetrators are and we want a serious investigation to be carried out.
We believe that President Duterte is ultimately responsible for the ongoing attacks against rural missionaries, activists and human rights defenders during this period", adds the nun, expressing condolences to Fr. Tito’s family and community. "His commitment to serving the poor in rural areas is an inspiration for all of us. He served people until his last breath. He always tried to witness the Gospel and the social teachings of the Church, he defended the rights and interests of the people".
Sister Elenita concludes: "It is urgent to denounce these atrocities. We live in difficult times when nobody is safe. Let us all come together and raise our voices against the utter contempt for the lives of people, that also the current government encourages", she concludes. (PA-SD) (Agenzia Fides, 06/12/2017)