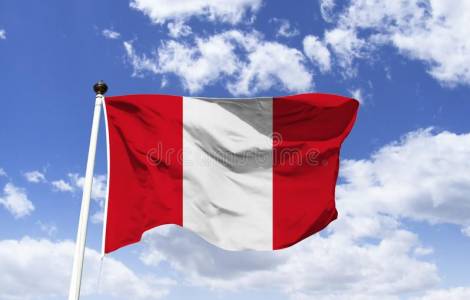 2023-01-26
Resumption of peace talks in a climate of hope, also with the support of OHCHR

2023-01-10
"Let's not allow Peru to be destroyed by our actions or fall into an institutional abyss"; still dead and wounded in the clashes

2022-12-23
We ask for peace, tranquility, unity and reconciliation, based on a broad process of listening and national dialogue

Lima (Agenzia Fides) - The President of Peru, Pedro Castillo, who had called new elections and decreed a state of emergency, has been dismissed by Parliament, which has called on Vice President Dina Boluarte to succeed him, in accordance with the Constitution, who has sworn in, thus becoming the first woman to lead the country. Castillo was arrested for "crimes against the State and the constitutional order". The events occurred in a few hours on the afternoon of Wednesday, December 7.
Pedro Castillo, a radical leftist, professor and trade unionist, had assumed the Presidency on July 28, 2021, winning the second round against Keiko Fujimori, an
exponent of the right, daughter of a former President. From the beginning of his mandate, Castillo's unpreparedness to deal with the plight in Peru had manifested itself in various ways. Castillo had been accused and investigated for various cases of corruption. On December 7, before the third motion of no confidence this year was put to the vote for "moral incompetence", he dissolved Parliament, called new elections and proclaimed a state of national emergency, as well as a curfew with suspension of all the activities.
The international media, the main Peruvian authorities and some ministers from Castillo's own government, who resigned, denounced an attempted coup, which was followed by the resignation of several senior state and army officials, who proclaimed their allegiance to the Republic. At the same time, demonstrations and clashes began in the streets.
Upon learning of these facts, the Permanent Council of the Peruvian Episcopal Conference described Pedro Castillo's decision to "dissolve the Congress of the Republic and establish an exceptional emergency government" as "unconstitutional and illegal." The bishops of Peru, in a statement, rejected "in an energetic and absolute way, the rupture of the constitutional order." They also affirmed that "it is the right and duty of the peoples and citizens to defend democracy." Citing the current Political Constitution (No. 46), they also recalled that obedience should not be owed to a usurping government or to those who assume public functions in violation of the Constitution and its laws.
Next, the bishops urged the country's protective institutions to "fully assume their constitutional functions of protecting and safeguarding democracy, guaranteeing, preserving and restoring public and constitutional order." Finally, the statement calls to "maintain national unity, calm and to put an end to any form of violence and violation of the fundamental rights of citizens" in these difficult times.
After Castillo's announcement and a few hours of excitement, Parliament brought forward the session scheduled for the vote on the motion to remove the president, which proceeded very quickly. There were 101 votes in favor of the motion, 6 against, and 10 abstentions. Parliament, after Castillo's dismissal, summoned Vice President Dina Boluarte to formalize the succession, in accordance with the Constitution.
Dina Boluarte was sworn in during an extraordinary session of Parliament. A member of the socialist Peru Libre party, a 60-year-old lawyer, Boluarte called on all political forces for a truce and dialogue, and all Peruvians to unity, to face the difficult situation that the country is experiencing.
On the same evening of December 7, the police arrested Castillo in the prefecture of Lima, where he had taken refuge in the company of former premier Anibal Torres. The Peruvian Prosecutor's Office reported that a preliminary proceeding had been initiated against the former president for the alleged crimes of rebellion and illicit association to commit a crime.

At least since 2016, Peru has been going through a serious political crisis, aggravated by the constant instability of leaders and power groups, the health crisis caused by the Covid 19 pandemic and its economic and social consequences. The Peruvian bishops have repeatedly expressed their concern for a Peru "divided in half", calling for the unity of all, especially the responsibility of politicians, to build a better country. In their “Letter to the People of God”, published before the second round of the presidential elections, they affirmed: "good politics must also deal with the most urgent needs, especially the poorest and most vulnerable, and must be capable of uniting us, not dividing us" (see Fides 26/5/2021). On the Bicentenary of Independence, on July 28 and 29, 2021, the President of the Peruvian Episcopal Conference, Msgr. Miguel Cabrejos Vidarte, Archbishop of Trujillo, released a video message in which he urged, first of all "to firmly defend the democratic institutions of our beloved Peru, to build peace and and integral human development, rejecting all forms of violence, whatever its origin".
Renewing his commitment to life, with respect for the dignity of people, especially the poorest and most vulnerable, and with families, Bishop Cabrejos Vidarte added: "Let us build and not destroy our beloved homeland! Commemorating the Bicentennial of Independence, let's look for a new beginning, involving everyone, leaving no one out" (see Fides, 28/7/2021).
In another 12-point message dated August 2021, the Peruvian Episcopate re-analyzed the situation in the country, first highlighting the uncertainty created by the "extreme political polarization" that affects all social spheres and especially life. of the poorest and most marginalized, increasingly affecting the values of human coexistence (see Fides, 26/8/2021).
On February 7, 2022, another appeal entitled "The political stability of Peru is urgent" was published: the Episcopal Conference asked the authorities at the highest level to "seriously assume their commitments and responsibilities in the search for political and democratic stability and the common good, and not for particular or ideological interests". The bishops on that occasion reiterated: "We urgently need good politics and the participation of citizens in the ethical control of their authorities... citizens demand respect for the institutional framework and political legitimacy in order to be governed." And then they launched "a strong appeal to the government authorities to show clear signs of governability" (see Fides, 8/2/2022).
On April 21, 2022, the bishops launched a new “urgent appeal to political leaders to assume the current situation with greater responsibility, putting selfishness aside; reach a consensus on the necessary political reforms and take radical measures against corruption”. "Mr. President of the Republic and parliamentarians, assume the responsibility for which you were elected!" demanded the bishops, recalling that "democracy must lead us to seek governability and the common good, as well as guarantee freedom of expression, the independence of powers and respect for human dignity par excellence”, (see Fides 22/4/2022). (SL) (Agenzia Fides, 9/12/2022)

AMERICA/HAITI - The "cry" of the Bishops in the face of the extreme gravity of the situation: "Silence the weapons!"