AFRICA/NIGERIA - New kidnapping of a priest together with a group of faithful; released another priest kidnapped last week 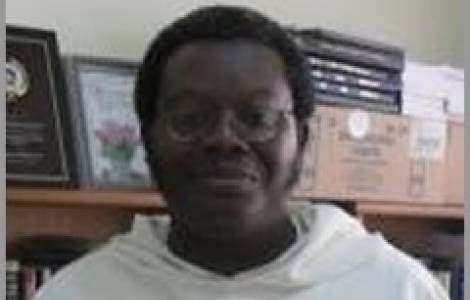 Abuja (Agenzia Fides) - Father Peter Abang Ochang, parish priest of the St. Stephen Roman Catholic Mission (RCM) church in the diocese of Ogoja, in the state of Cross River, has been kidnapped in a still undefined area of the state of Nasarawa, along with several members of the St Jude Society. The priest and an unknown number of members of the Society of St Jude were on their way to Abuja yesterday, November 24, to attend some ecclesiastical functions when they were attacked and taken by force to the bush.
The news of their kidnapping was released today, November 25, during morning mass by Father Fidelis Kajibia, administrator of the Cathedral of Saint Benedict, Igoli Ogoja.
The news was later confirmed by the president of the Diocesan Council of Education of the Catholic Diocese of Ogoja, Peter Nandi Bette, on his Facebook page.
Police authorities in both states have yet to make any statement about the kidnapping.
Meanwhile, Fides Agency has received news of the release of Fr. Victor Ishiwu, parish priest of St. Jude Church in Eburummiri, Ibagwa-Aka, Igbo-Eze South local government area of Enugu State, who was kidnapped in the early hours of Saturday, November 19, while officiating adoration prayers.
"Father Victor was released in the mountains two days ago," Father Benjamin Achi, director of communications for the Enogu diocese, told Agenzia Fides. “He is in good health,” he adds.
According to the testimonies collected, the kidnappers broke into the place of worship after midnight and began shooting into the air. Father Ishiwu, along with the worshipers, had managed to escape and hide in different places.
However, the bandits, who spoke both Pidgin English and Fulani languages, followed the cleric to the rectory and threatened to burn down the parish premises if he refused to leave, and then broke into the rectory and forcibly kidnapped the priest. (L.M.) (Agenzia Fides, 25/11/2022)

AFRICA/NIGERIA - Bishop Gopep: "Kidnappings of priests are increasing in Nigeria, and for different reasons"