ASIA/MALAYSIA - Fragmented political landscape after the vote; Christians committed to the common good 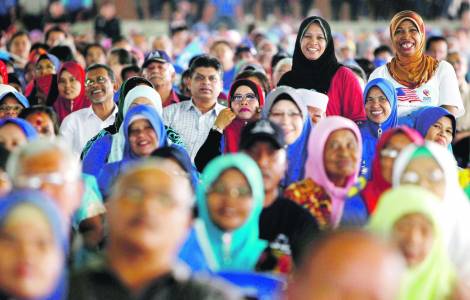 Kuala Lumpur (Agenzia Fides) - "Christians are committed to the common good of the country and have no plans to proselytize and Christianize the nation", declared the Malaysian Council of Churches (CCM), while the country receives the results of the general elections, held on November 19, from which a divided parliament emerged without a strong majority. The Pakatan Harapan (PH) coalition, led by opposition leader Anwar Ibrahim, won 82 seats in the 222-member assembly, while former Prime Minister Muhyiddin Yassin's Perikatan Nasional (PN) trails behind with 73 seats. The "Barisan Nasional" (BN) coalition, led by the historic party "United Malays National Organization" (UMNO), has suffered a major setback, obtaining only 30 seats. The political landscape, observers note, appears increasingly fragmented.
The Council of Churches - a body that brings together the Protestant Churches and the Orthodox Church of the nation - wanted to reiterate that Malaysian Christians, present in all the states of the Federation, are citizens, patriots and work every day for the common good of the nation.
The Council has criticized a video in which former Prime Minister Tan Sri Muhyiddin Yassin told the audience that "Pakatan Harapan is supported by a group of Jews and Christians who have a Christianization agenda in Malaysia".
The Secretary General of the CCM, the Rev. Jonathan Jesudas, stated that "such a statement is false and irresponsible". "We live in a multi-religious and multi-racial country, and the sensitivities of each community must be taken into account in public forums. Such statements, pronounced carelessly, can create racial and religious tensions and conflicts," Jesudas said, calling for "respect for the truth and sensitivity of different religions."
The "Christian Federation of Malaysia", another body representing most churches and Christians, including the Catholic Church, has also expressed "grave concern" over the statements by former Prime Minister Tan Sri Muhyiddin Yassin. "The statements of politicians must not give rise to conflicts and slander of a seditious nature to obtain the support of a certain ethnic or religious group," reads a note from the Federation. The words of politicians, recalls the organization, should not "disturb the peace, harmony and well-being of all the citizens of our beloved Malaysia".
Christians intend to help create a "more united and stronger nation," the Christian Federation of Malaysia wrote in recent weeks, confirming their commitment and their prayers "for abundant blessings on the country."
The leader of the current majority coalition, Anwar Ibrahim, has launched an appeal to the population to always position themselves against racism and religious fanaticism, encouraging Malaysian citizens "not to turn against others by following racist messages. As Muslim, I was never taught to hate other ethnicities or religions. If we don't stop religious fanaticism, it can become a very serious danger."
Malaysia is a country characterized by ethnic and religious pluralism. Its 32 million citizens are divided into three main social components: Malays, Indians, and Chinese. The population is made up of 60% Muslims, 20% Buddhists, 10% Christians, 6.3% Hindus and other indigenous minorities. Among the 13 states of the Federation of Malaysia, the states of Sarawak and Sabah (on the island of Borneo) contain approximately two-thirds of the country's entire Christian population. Catholics are 1.2 million. (PA) (Agenzia Fides, 21/11/2022)