ASIA/INDONESIA - Proclamation of the Gospel and works of solidarity: a popular mission in North Kalimantan 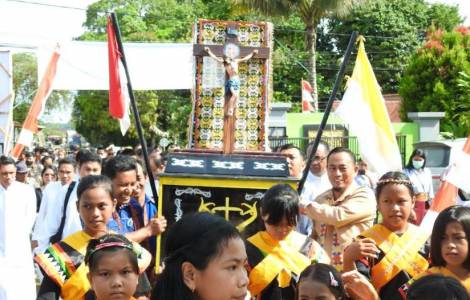 Tanjung Selor (Agenzia Fides) - A special popular mission of proclaiming Christ and a solidarity network is underway in the diocese of Tanjung Selor, in the Indonesian province of North Kalimantan, Indonesian territory on the island of Borneo. The initiative, called "Mission of the Year of Solidarity" (Tahun Solidaritas Misi) intends to reach the baptized, but also and above all the non-Christians who inhabit the vast territory of the diocese.
The main activity of the popular mission, the "Cross of Solidarity" carried by some priests, consecrated persons, catechists and lay people, travels from one place to another (villages, mission stations, parishes), in a spiritual pilgrimage which will last 12 months and will reach 42 places. When the Cross reaches a place, it stops and there the local communities organize moments of prayer, testimonies, meetings, public processions. Other activities prepared concern the field of health assistance (thanks to the involvement of qualified operators and doctors) and humanitarian assistance for the benefit of poor communities, also thanks to the agreements made with local administration officials. There are also liturgical and celebratory meetings such as a solemn Eucharist celebrated in parish churches to officially close the special "popular mission" that animates a given place.
The initiative launched by Bishop Paulinus Yan Olla, who leads the diocese of Tanjung Selor, is greatly appreciated by the people precisely for its missionary value, in particular for the value of "mission ad gentes" which can also sensitize non-Catholic people. "The idea of a 'popular mission' - the Bishop tells Fides - was born in 2019 with the aim of celebrating the centenary of the "Maximum Illud. Given the appreciated participation, we decided to make it an annual initiative".
The Bishop points out: "The mission strengthens faith and builds the Church. I can say this initiative is effectively creating communion and strengthening ties both within the Catholic communities and with all external realities such as civil administrations or society entities. Furthermore, non-Catholics are greatly appreciating the works of charity organized and discovering more about the Catholic Church and the Christian faith". "The Catholic Church is missionary by nature. Rediscovering our missionary vocation will greatly help our journey of faith and our being followers of Christ", concludes the Bishop.
There are about 55 thousand Catholics in the diocese of Tanjung Selor, which is the capital of the province of North Kalimantan, out of 950 thousand inhabitants. The local population is dedicated to agriculture, livestock, fishing, handicrafts. Indigenous Dayak groups (a term generally applied to indigenous non-Muslim people who trace their ancestry to internal Borneo) in North Kalimantan include the Kenyah, Kelabitic Murut and Tidong. The local population is dispersed in remote and difficult to reach areas, which often have never heard a Christian announcement. (PA/MH) (Agenzia Fides, 17/11/2022) 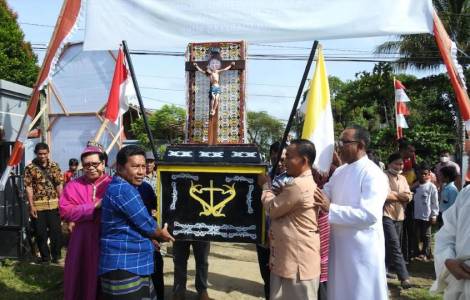 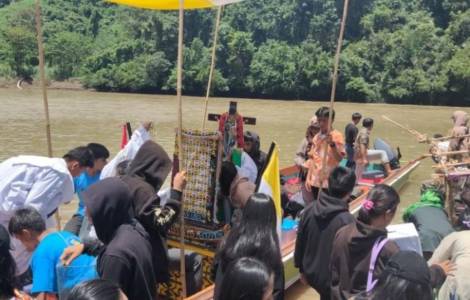 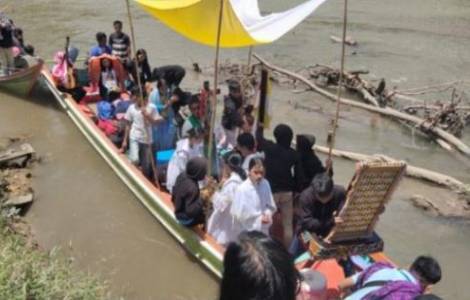 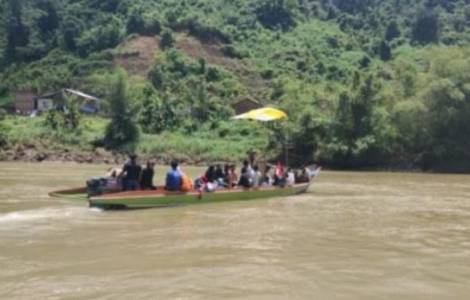 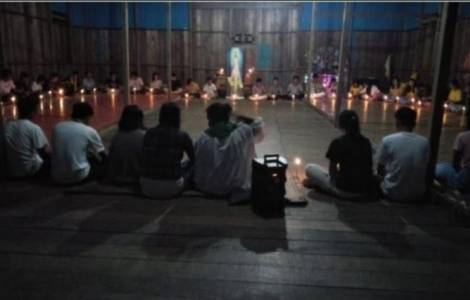