OCEANIA/PAPUA NEW GUINEA - The Gospel in a canoe, with the joy of "being with" 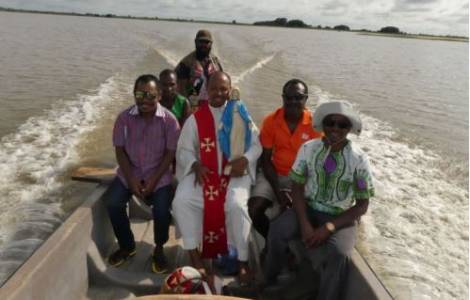 2022-06-10
Appointment of the Rector of the "Good Shepherd" Philosophical Seminary in Banz, Archdiocese of Mount Hagen

2021-12-14
"Spirituality of communication": online program promoted by the Salesians of Don Bosco

2021-10-09
Priority to the missionary formation of children

Wewak (Agenzia Fides) - In the diocese of Wewak, in the north of Papua New Guinea, the Word of God travels mainly by canoe. Priests, missionaries, nuns, catechists need boats and navigation on the Sepik River or the sea, to reach the indigenous, mostly poor and dispersed population in remote areas or islands. They bring the sacraments, the gift of the Gospel and a presence that is always close, including material help and works of charity. Msgr. Jozef Roszynski, SVD, Polish missionary and Bishop of Wewak, thanks, among the donors, the contribution of the Pontifical Mission Societies, which was used for the purchase of boats and engines for the canoes. The priests and catechists of the diocese can more easily meet people living on the banks of rivers and streams, in the vast river system that crosses the territory. "The joy of these faithful to frequently receive the Eucharist, or to celebrate the Marian procession on the river, is priceless", notes the Bishop, recounting that "even the Virgin travels by boat".
This is one of the characteristics of the mission in Papua - on the vast island of New Guinea, the western part of which belongs to Indonesia – says to Fides Fr. Victor Roche, SVD, a seventy-year-old Indian missionary of the Society of the Divine Word, who has been living and serving in Papua New Guinea since 1981. After various pastoral assignments in the diocese of Wewak, he is now National Director of the Pontifical Mission Societies.
Father Roche remembers: "As a parish priest, I knew the names of my 3,000 parishioners. It also took me three days to travel to some isolated villages. We celebrated baptisms at Christmas and Easter. It is a very enriching missionary experience that other parish priests and confreres are now continuing", he says referring to the approximately 70 Verbite missionaries present today in Papua New Guinea.
After a pastoral commitment focused on missionary animation, Father Roche then turned to the apostolate in the mass media and was for 8 years director of the Catholic radio station "Trinity FM", based in Mount Hagen. "In our region - he confirms - the use of the radio is very important as a means of evangelization; we use it both to broadcast liturgies and catechesis, and for programs where young people can speak and discuss current issues and values regarding faith and life", he says.
The mission, subsequently received from the bishops of Papua New Guinea and the Solomon Islands, to take care of the General Secretariat of the Episcopal Conference allowed him "to have a broader vision of the mission in this country", he notes, and he continues today to take care of the National Direction of the PMS.
"Our mission here today is above all a 'being with'. Certainly, we carry out pastoral programs of formation and for lay people and catechists who are important; we organize a course of formation, we take care of children, we are active in charitable works and in the field of education. But we see that the crucial aspect of mission is the joy of sharing the Gospel. It is the joy of being with people in remote villages, simple people who are moved in prayer and in receiving the Eucharist. At the beginning of November, the first Mass was celebrated in a chapel built in the village of Kotai. It was a moment of deep community joy in which the Lord made himself present among us. We live with all our difficulties in Papua, a mission that gives hope because it is founded on Christ who is the rock and on the joy of his Gospel", he remarked.
Father Roche remembers with passion and emotion the first missionaries of the Divine Word who arrived in Papua New Guinea, in Alexishafen on August 13, 1896, and from there went to the island of Tumleo, near Aitape, to begin missionary work in simplicity. Verbiti missionaries were instrumental in the evangelization of Papua New Guinea in the early 19th century. Their members, who came from Germany and the United States, then spread over this vast territory, founding several missions.
Many pioneer missionaries were martyred, and then during World War II the missionaries were persecuted by the Japanese occupiers. American missionaries were exiled to Australia and German missionaries faced restrictions. More than 100 missionaries of the Divine Word, taken prisoner, were martyred on the ships Akikaze and Yorishime Maru. Among them was Bishop Joseph Lörks), SVD, German Vicar Apostolic of Central New Guinea, which later became the Diocese of Wewak. Their example and testimony, he concluded, "is always an inspiration for us, in the tireless gift of our lives for the proclamation of the Gospel". (PA) (Agenzia Fides, 16/11/2022) 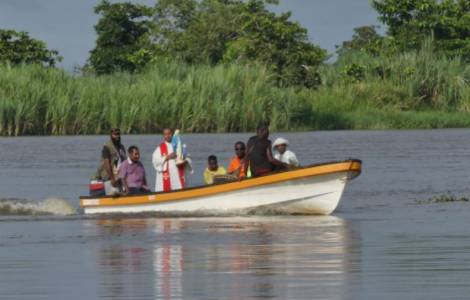 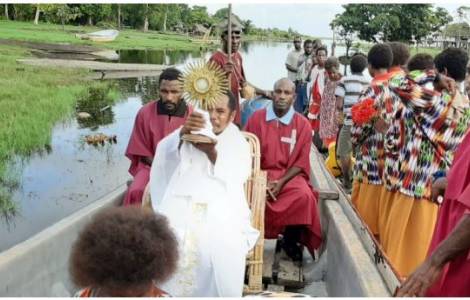 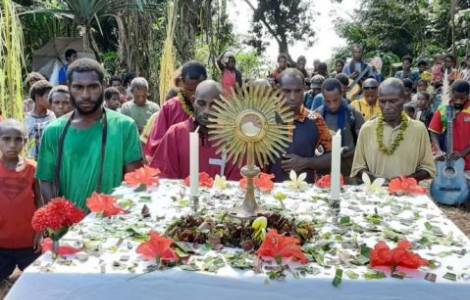 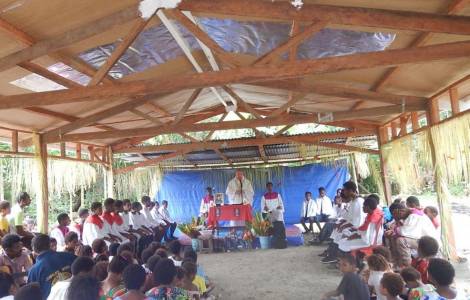 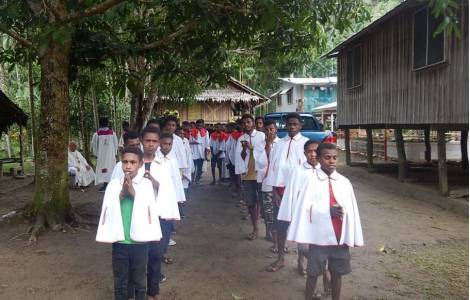