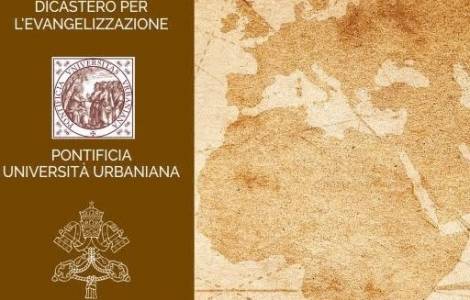 Vatican City (Agenzia Fides) - Four centuries of mission, four centuries of proclamation of the Gospel. This is the Congregation of Propaganda Fide, today the Dicastery for Evangelization. A long and intense history, which will be the focus of an International Study Conference scheduled in Rome from November 16 to 18 at the Pontifical Urbaniana University.
The International Study Conference, organized by the Dicastery for Evangelization, the Pontifical Urbaniana University and the Pontifical Committee for Historical Sciences, traces, through the examination of some fundamental points, the four centuries that have passed since January 6, 1622, Pope Gregory XV founded the Sacra Congregatio de Propaganda Fide canonically erected on the following June 22 with the bull Inscrutabili divinae Providentiae arcano.
Thus, thanks to the qualified contribution of 24 speakers from 9 countries and 5 continents, attention will be paid to the historical review of the institutional origins of Propaganda Fide, focusing on the roles attributed to the Congregation by the Pontiffs since the 17th century, examining some figures of relevant Prefects between the 18th and 19th centuries, and above all highlighting the fruitful work carried out by Propaganda Fide in reaffirming the universal character of the Catholic Church. The Congregation de Propaganda Fide, which in the past also exercised the functions attributed in the last century to the Congregation for the Oriental Churches, changed its name to the Congregation for the Evangelization of Peoples on August 15, 1967 with the Apostolic Constitution Regimini Ecclesiae Universae of Saint Paul VI: today, with the entry into force of the Apostolic Constitution Praedicate Evangelium of Pope Francis, its competences were assigned, as of June 5, 2022, to the new Dicastery for Evangelization.
"Euntes in mundum universum" is the title of the international study conference that will highlight how Propaganda fide has promoted the transition from interconfessional conflict to openness to dialogue, to the encounter of the Gospel with different cultural contexts, also marked by different religious traditions, constantly favoring with its work the continuous reference to the missionary nature of the Church.
The conference will have five sessions that will open on Wednesday, November 16 with the theme "The Congregation of Propaganda Fide: evangelization and mission": this session will be chaired by Cardinal Luis Antonio Tagle. The second session will focus on the theme "Key figures and institutional configuration", and will be chaired by Father Leonardo Sileo, Rector Magnificent of the Pontifical Urban University. The third session will focus on the theme "Serving the faith of peoples on all continents", and will be chaired by Archbishop Protase Rugambwa. The last two sessions will be held on Friday, November 18: the fourth, entitled "From Conflict to Dialogue", will be chaired by Tadeus Jan Nowak, Secretary General of the Pontifical Society for the Propagation of the Faith; the fifth session, entitled "Meeting cultures", will be chaired by Father Bernard Ardura, president of the Pontifical Committee for Historical Sciences. Gianpaolo Romanato of the University of Padua and the Pontifical Committee of Historical Sciences will conclude the international conference. (EG) (Agenzia Fides, 12/11/2022)

VATICAN - Thirty years since "Redemptoris Missio" and "Dialogue and Proclamation": a Congress at the Urbaniana University

ASIA/CHINA - When the "Union of Chinese students" of the Pontifical Urbaniana University" paid tribute to Celso Costantini, the first Apostolic Delegate in China

VATICAN - The Pontifical Mission Societies between history and the present