"Draw me to you", and that's enough. The mission according to Thérèse of Lisieux 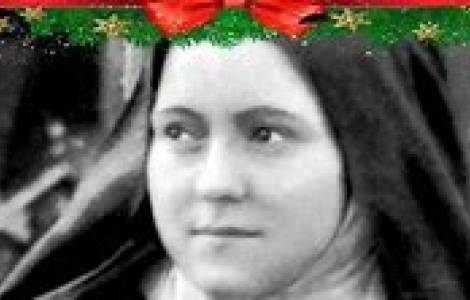 2023-01-17
Bishops of North Africa meet in Marseille: "Mediterranean as a place of dialogue"

by Gianni Valente
On the first day of October, a month traditionally devoted to collecting aid for missionary works, we celebrate the liturgical memory of Saint Thérèse of the Child Jesus and of the Holy Face (1873-1897). She who, almost 95 years ago, on December 14, 1927, was proclaimed co-patroness of the missions by Pope Pius XI, together with Saint Francis Xavier.
Thérèse, who died of tuberculosis aged just 24, had spent most of her brief and fragile life within the walls of the Carmel of Lisieux. Apparently so far removed from the difficulties and problems of what were then called "mission lands".
Over time, the choice of Pope Pius XI has manifested itself ever more clearly as a prophetic and fruitful suggestion for those who are called to make their own contribution to the mission of proclaiming the Gospel of Christ, the raison d'être from the church. A work which, by its very nature, is incomparable to any form of cultural or religious propaganda.
"I would like to be a missionary not only for a few years, but I would like to have been since the creation of the world, and be so until the end of the centuries", wrote Thérèse in her diary. Then she chose to enter a cloistered monastery, revealing by her own life the inconsistency of certain oppositions between "active life" and "contemplative life ".
For Thérèse, the ultimate horizon and the raison d'être of all apostolic solicitude, in whatever form it is expressed, is to save souls. Her self-offering appears great and generous. But she realizes that she is far from being able to accomplish it. When, at the monastery, she was entrusted with the task of supporting the spiritual growth of the novices, she realized that the task of "entering the sanctuary of souls" was "beyond my strength". She also writes that "doing good to souls, without God's help, is as impossible as making the sun shine at night."
Teresa first strives to find out the reason for her limitations, believing this will allow her to find solutions. She then realizes that if Jesus calls her to promote the salvation of souls, only Jesus himself can accomplish his work of salvation in her and through her. She discovers that the apostolic work itself is the work of Christ, manifesting the most intimate reality of the mystery of God, his forgiving and healing mercy.
The source of missionary work is not the disposition and the apostolic fervor of a human being, but the divine work of the merciful God, who wants to save his creatures. Those who follow Jesus can only ask, plead (continues)