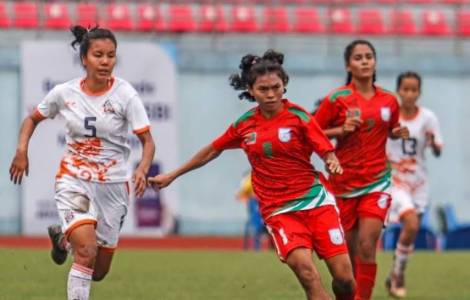 2022-08-31
Young people: in the Bible the source of evangelization and the path to Heaven

Dhaka (Agenzia Fides) - The Bangladesh women's national football team has won a historic victory, obtaining the first title of the "South Asian Football Federation Women's Cup, the continental cup of South Asia, with a 3-1 victory over Nepal, achieved in the final in Kathmandu on September 19. In an unstoppable journey, which saw them prevail over the national teams of Bhutan, India, Pakistan and Maldives, and triumph undefeated, the girls of Bangladesh have given prestige to their nation and today, September 21, on their return from Nepal, parade through the streets of the capital Dhaka to show the cup and receive the cheers of their fans.
This victory, the observers underline, goes far beyond the sporting result and becomes an opportunity to bring out issues of a social and cultural nature such as the condition of women and interreligious dialogue in society.
In the national team of a Muslim country, where footballers, and women who play sports in general, find obstacles and hostility from men and face social barriers, the result obtained therefore has much wider meanings than the purely sporting fact.
Many of the players come from extremely poor marginalized communities and play in the national team with willpower and perseverance.
In the team there is also a Christian girl of Garo ethnicity, the 18-year-old Maria Manda, midfielder, who is the vice-captain of the national team. Her teammates, in particular the captain of the national team, Sabina Khatun, praise her and the amalgamation of the team that overcomes religious, cultural and ethnic barriers is a symbol and a powerful appeal for the entire nation.
Manda says to Fides: "As a midfielder, I have given my contribution. All the girls of our team have adequately carried out their responsibilities on the pitch, it is the team spirit that contributed to this success. We love each other, we are united, we love sport and we work together to achieve good results, as Bangladeshi citizens".
Maria Manda's success did not happen in a day, but is the result of a long commitment. As a child, she one day asked her mother to buy her a pair of football boots. Maria's mother sold the rice of the day to buy them, she remembers the young woman with emotion. To pursue her dream she had to overcome prejudices, hostility and bad words from many men.
Other players have also suffered, as well as coach Golam Rabbani Chhotan, who now observes: "This is not only my success, we achieved it thanks to everyone's collaboration. I was even laughed at for accepting this position. Now let's give prestige to the country and we are an example for everyone, thanks to the self-denial of these girls, who are a very united group, who believe in the ideals and values of sport, in equality, in solidarity".
"The victory will be a source of inspiration for many other girls in Bangladesh, to overcome cultural barriers and social challenges", Anthony Rozario, teacher of a Catholic school, comments to Fides, recalling that "the condition of women in Bangladesh is among the worst in the world, and is the result of a patriarchal culture and conditions of extreme poverty and social and gender inequality".
Violence and abuse against women are often considered normal episodes even within the home. In a country where discrimination against women is present in every sphere of social and working life, there is also the highest rate of child marriages in the world (18% of girls who get married at the age of 15).
In recent decades, Bangladeshi women have struggled to assert their rights within the family, society, the world of work and the State. The Catholic Church in Bangladesh promotes the condition of women and the dignity of women above all through a careful and precious work of education, in schools of all levels. (PA/FC) (Agenzia Fides, 21/9/2022) 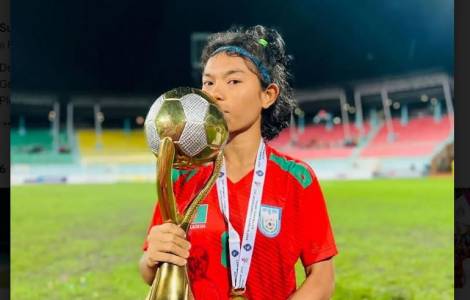 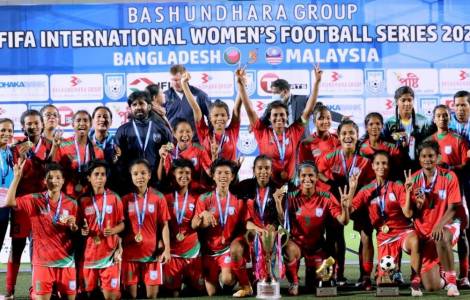 ASIA/CHINA - Pope Francis: may the Beijing Olympics "bring about a more fraternal world"