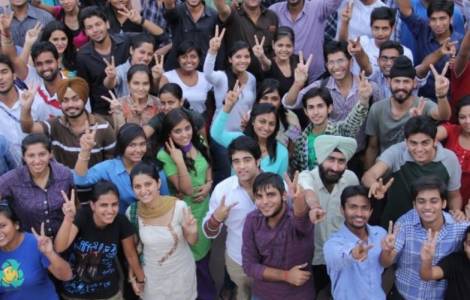 New Delhi (Agenzia Fides) - "The government and society have not been sensitive to religious minorities: Muslims and Christians suffer delays in many areas of development, while poverty continues to affect the economy and unemployment. We have failed to make the right demands on governments, both at the state and federal levels. We are experiencing a deficit of democracy and freedom", says Jesuit Father Lourduraj Ignasimuthu, professor of mass media at Andhra Loyola College, in Vijayawada, State of Telangana, part of southern India, to Agenzia Fides.
Reflecting on the 75 years of independence, which the Indian nation celebrated on August 15, the Jesuit points out that the country faces enormous challenges on several fronts: social, political, cultural and economic. "Religious minorities, such as Christians and Muslims, have suffered several targeted attacks by hard-line Hindus over the years. In this regard, the democratic process is extremely deficient".
Analysts agree that the current "religious polarization" has led to the loss of life in several incidents of community violence in various parts of the country.
According to Walter Fernandes,
Director of the North Eastern Social Research Center, in Guwahati, Assam state (northeast India), "in recent decades there have been advances in the economy, education, health and politics, while inequalities have increased. Democratic and secular values experience ups and downs. We have to reinvent a secular and democratic India."
A. C. Michael, senior lay Catholic leader and coordinator of the United Christian Forum, observes: "Let us pray to the Risen Christ that we remain a country that respects the freedom of all people, regardless of caste, creed and faith." While John Dayal, Catholic journalist and writer tells Fides "We live in a continuous struggle to free ourselves from fear".
Seventy-five years after independence, at a critical moment in the country's history, "one has to ask: whose true freedom is it?", says the Jesuit Fr. Cedric Prakash, activist and promoter of human rights. "Freedom is very limited in India, at all levels. Millions of Indians are still not free. This is the sad and painful reality," he says. "It is time for everyone to do something substantial and significant to change this serious and painful reality immediately," concludes Father Prakash.
In the northeastern state of Arunachal Pradesh, at a special gathering of young people on the occasion of Independence Day, which coincided with National Youth Day, the bishop of Miao, Monsignor George Pallipparambil SDB, addressed them, said: "As Christians, we must be loyal, productive and responsible citizens. Nation building is our task. Remember that this freedom we celebrate today has come at a cost. Many have given the ultimate sacrifice of their lives. Praying for our country means contributing to its future. As Christians, let us do all we can to bring about positive and lasting change for the good of society, the Church and the nation". (SD/PA) (Agenzia Fides, 19/8/2022)