ASIA/INDONESIA - In Flores, the vocational 'little Vatican', the pandemic does not stop vocational growth 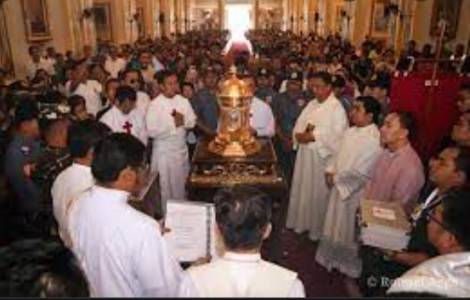 Maumere (Agenzia Fides) - Despite the long period of the pandemic that has certainly limited the various social, economic and religious activities, the growth of religious vocations on the island of Flores seems not to have slowed down. "In these first months of relaxation of the new year in Flores, also called the 'little Vatican' for vocations - writes to Agenzia Fides Fr. Luigi Galvani, MI, from Maumere - the bishop of the diocese of Maumere, Msgr. Edwaldus Martinus Sedu, was particularly busy with the ordination of 46 deacons and 16 new priests among the 15 male congregations present in the diocese. Among these, the Camillians also made their small contribution, not only with a priestly ordination and two deacons, but also, on the occasion of the feast of St. Camillus celebrated last July 14, with ten first professions, two perpetual professions, eighteen renewals of vows and four new novices. It is nice to think -adds the missionary- that while waiting for other similar results, there are currently sixty other young people dedicated to philosophical studies". After thirteen years in Indonesia, the Camillians are now reaping positive results from their vocational and formative commitment. Currently, they are present in three dioceses with four houses of formation respectively for aspirants, novices, philosophers and theologians, and with two social centers, one on the island of Flores and the other on that of Timor, which have become small oases of social initiatives. Among them, Fr. Galvani highlights the food program, school support for young people and care for the mentally ill. "The centers also offer accommodation to a few dozen students and are places for training seminars for various groups. In addition, we missionaries exercise the pastoral ministry, as chaplains, in some hospitals and towns, thus becoming the 'hundred arms' of charity that St. Camillus recommended to his religious to reach more sick and needy". The Camillian concludes by wishing for the future that "certainly there are other dreams to be realized with new pastoral initiatives and missionary expansions to other countries: Pakistan, East Timor, the Philippines, etc. Dreaming does not seem to be forbidden for all of them". (LG/AP) (Agenzia Fides, 19/7/2022)