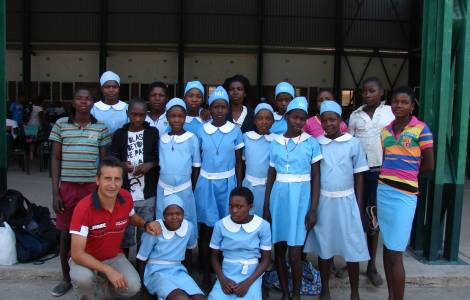 2022-02-09
"Proclaiming Christ in Europe": meeting of the European Directors of the Pontifical Mission Societies

Madrid (Agenzia Fides) - The activity report of the Pontifical Mission Societies (PMS) in Spain for the year 2021 was presented yesterday during a press conference.
Among the speakers: the director of the Spanish PMS, Father José María Calderón, Sister Roberta Tremarelli, Secretary General of the Pontifical Society of the Holy Childhood and the missionary Luis Carlos Rilova IEME (Spanish Institute of Foreign Missions), who came from Zimbabwe to bear witness how the help of the PMS support the presence of the Church and evangelization.
"The collections in the parishes on the days set aside are the strength of the PMS", explained Father José María Calderón. In 2021, the Pontifical Mission Societies collected 17,977,193 euros in Spain, thanks to the three annual campaigns that are organized: Domund, World Mission Day (72% of the total), the Day dedicated to Missionary Childhood and that of native vocations.
Last year, the Spanish PMS supported about 2600 projects related to Missionary Childhood: "I take this opportunity to thank all the faithful and Spanish children who contributed to helping children in mission countries", commented Sister Roberta Tremarelli.
Space was also given to the testimony of the missionary Luis Carlos Rilova, 12 years in Zimbabwe, precisely in the diocese of Hwange. There, in addition to being a priest of 23 communities, he requested and managed the aid offered by the Holy See to mission territories, through the Pontifical Mission Societies. Father Rilova explained how this aid to his missionary work was substantial, not only to meet ordinary expenses, but also to launch very demanding projects such as the construction of new chapels and parishes, the production of evangelization materials and the support of the pastoral centers of the diocese. "Africans do not just receive, explains Father Rilova, they also collaborate in many ways. And this collaboration is expressed in manual labor in the construction of buildings, but also in collaboration in the missionary days that are celebrated there. For example, some groups of children help farmers remove weeds, and what they get in return they offer in the collections of Missionary Childhood".
The generosity of the Spanish people with regard to missionary activities is accompanied by an important awareness-raising work that the PMS carry out constantly.
On the one hand, awareness is promoted by missionary activities in the dioceses (in 2021, 44 conferences and round tables, 12 exhibitions; 286 school visits), on the other hand, missionary training open to all is offered thanks to in collaboration with San Dámaso University in Madrid, San Vicente Ferrer University in Valencia and the Faculty of Theology in northern Spain. Prayer for missions is fundamental. "We ask all monasteries of contemplative life to pray once a month for missionaries and evangelization", explained José María Calderón, who also highlighted the initiative of "sick missionaries", who offer their suffering for the mission. The work carried out by the Spanish PMS through the media is also very important, with three magazines, five radio programs, a television program and a strong presence on social networks.
Finally, the numbers of Spanish missionaries in the world were mentioned, which today amount to about 10,382, 54% of whom are women. They are mainly men and women religious and priests, but there are also 662 lay people. 67% are in America and the country that receives the most Spanish missionaries is Peru. (EG) (Agenzia Fides, 1/7/2022) 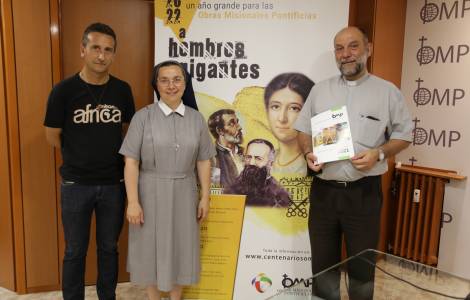 EUROPE/ITALY - Sister Luigina Coccia: "Mission for us is everywhere, it is the world"