AFRICA/NIGERIA - Violence against priests, churches and congregations does not stop: two other priests assassinated 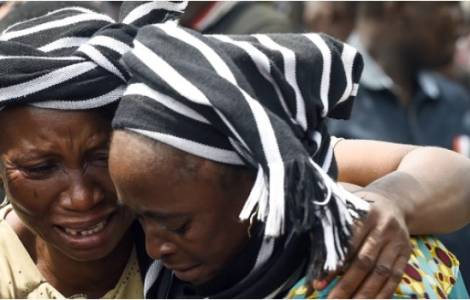 2022-08-05
Appeal of the Auxiliary Bishop of Minna: "Jungle justice". The country is on the path of disintegration

2022-07-07
Another priest kidnapped; alarm after the attack on a prison near Abuja

Kaduna (Agenzia Fides) - Every week, innocent Nigerians lose their lives in terrorist attacks against places of worship, homes and means of transport, and many are also injured or kidnapped. This past weekend, two other Catholic priests were killed in separate attacks. The first, Father Vitus Borogo, was killed on Saturday June 25 at the Prison Farm in Kaduna, and the other, Fr. Christopher Odia Ogedegbe, was kidnapped and killed on Sunday, June 26 while on his way to mass in Auchi, in the state of Edo. "This is the third attack this month alone and the last of 15 that have occurred in the 17 parish communities this year," said Father Francis Agba, parish priest of Saint Augustine Parish in Kaduna state. The crimes against the victims were perpetrated in their respective Nigerian dioceses. Father Vitus Borogo was Chaplain of the Kaduna State Polytechnic Catholic Community as well as President of the Nigerian Diocesan Catholic Priests Association. Father Christopher Odia was the parish priest of Saint Michael's Catholic Church in Ikabigbo, as well as the principal of Saint Philip's Catholic Secondary School in Jattu. According to a Nigerian newspaper, a mass servant and a local watchman were also shot dead during Father Odia's kidnapping. To date, 900 Christians have been killed between January and March. The West African country is facing a wave of violence by armed gangs that often commit murders and kidnap for ransom, mainly in unprotected rural communities. Since 2009, when the Boko Haram insurgency emerged, one of the largest Islamist groups in Africa, which aims to turn the country into an Islamic state, Nigeria has lived in a state of total insecurity. On Sunday, June 5, 2022, unidentified armed men attacked the Church of Saint Francis in Owo, Ondo State, causing deaths and injuries (see Fides 6/6/2022). The day before, Saturday June 4, another Catholic priest was kidnapped in Obangede, in the State of Kogi (see Fides, 7/6/2022). It has also been reported that a few days before the attack on the Catholic church of San Francisco Javier, armed men had attacked the Celestial Church of Christ, a parish in Oshofa, Ogun state. Subsequently, on June 19, new attacks resulted in deaths and kidnappings in the Catholic church of St. Moses, and in the Baptist church of Maranatha, in the local government area of Kajuru (LGA), both in the state of Kaduna (see Fides 20/6/2022). (AP) (Agenzia Fides, 27/6/2022)