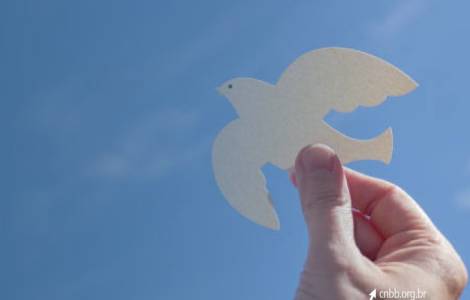 Brasilia (Agenzia Fides) - "Faced with so many situations that embarrass us, we, bishops of the Permanent Council of the Brazilian Episcopal Conference, once again raise our voices to denounce violence and cry out together for peace. We join all the people and realities that, with a sincere heart, strive in this direction". This is stated by the Permanent Council of the National Conference of Bishops of Brazil (CNBB), which yesterday afternoon, June 22, unanimously approved a message to the Brazilian people entitled "A cry for peace".
The Bishops affirm that in these times "it is urgent to listen to the voices of so many who, victims of various forms of violence, cry out for justice and peace". "It is impossible to accept the extermination of brothers and sisters. Their lifeless bodies demand justice and responsibility. Their memory and their dreams of peace must remain alive among us".
In the opening of the message they recall that peace is a "precious gift from God" and the desire of every human being, unfortunately today the world hears "the roar of war, the cries of hunger, the deafening noise of gunshots", to which is added "indifference, which closes eyes and hearts, excuses for doing nothing and fake news, in their effort to cover everything with a smoke screen".
The Bishops denounce that wars are cruelly multiplying in various regions of the world, and, among other forms of violence, they cite the social inequality generated by the concentration of income, religious conflicts, the systematic attack on the territories of traditional peoples, the contempt and rejection of migrants and the scourge of hunger. "It is urgent not to close our eyes to the madness of the arms race in Brazil" they continue, recalling that the number of hunters, shooters and collectors of weapons increased by 325% from 2018 to 2021. Quoting Pope Francis, who in the encyclical Fratelli Tutti affirms that "life is the greatest gift! Taking care of life responsibly implies working as peacemakers", the members of the Permanent Council of the CNBB, "in the responsibility of their mission as pastors", address a word of hope to those who suffer, so that they do not get discouraged, to those who have the power to promote the common good, so that they do not back down, and those who directly harm and destroy peace, so that they convert!
The message ends with this exhortation: “Let us unite for true peace! Let's not give up! Let's not get discouraged. The good Lord hears the cries of his people. May the Blessed Virgin Mary, Queen of Peace, always intercede for Brazil and for the world”. (SL) (Agenzia Fides, 23/6/2022)

AFRICA/KENYA - Bishops' appeal to young people. "Go and vote and do not get carried away by violence"