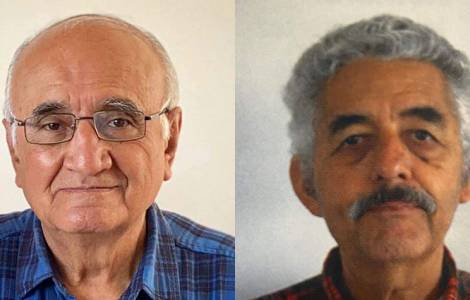 Cerocahui (Agenzia Fides) - "With deep sorrow, I inform you that on the afternoon of June 20 in Cerocahui, Tarahumara, Jesuit Fathers Javier Campos Morales, SJ, (79 years old) and Joaquín César Mora Salazar, SJ, (80 years old) were killed while trying to defend a man who was seeking refuge in the church and was being chased by an armed person. This happened in the context of the violence that the country is experiencing". This is what Fr. Luis Gerardo Moro Madrid SJ, Provincial Superior of the Jesuits of Mexico, writes in a statement sent to Agenzia Fides. The priest says that he is working with federal and state authorities to ensure the safety of other Jesuit brothers and the pastoral team of the parish. "We publicly condemn this tragedy and demand a prompt investigation and security for the community," he concludes, inviting people to join in prayer. Fr. Arturo Sosa, Superior General of the Society of Jesus, said in a message: "I am shocked and saddened by this news. My thoughts and prayers are with the Jesuits in Mexico and the families of these brothers. We must stop the violence in the world and so much unnecessary suffering". Monsignor Gustavo Rodríguez, Archbishop of Yucatan and President of the Mesoamerican Ecological Ecclesial Network (Remam), expressed his solidarity with the Jesuit community for the murder of the two priests, missionaries in the Sierra Tarahumara, in Chihuahua. "May the testimony of dedication and the blood of the fathers encourage us to ask the Holy Spirit for the gift of parrhesia, that evangelical courage, to bear firm witness to the Kingdom of God and vigorously denounce violence, injustice and the structures of sin that oppose the project of Jesus of Nazareth". The Archbishop hopes that their blood will be the fertile seed of committed Christians, and asks the authorities for justice, timely investigations and guarantees of safety for the people who mourn with pain, the loss of their beloved pastors.
According to information collected by Fides, the governor of the state of Chihuahua, Maru Campos Galván, announced during a press conference held on June 21 that the state and federal authorities are making every possible effort to do justice, arrest the responsible and provide security to the communities in this area. In his usual morning conference, President Andrés Manuel López Obrador acknowledged the situation of violence in the Cerocahui area, in the Sierra Tarahumara, in northern Mexico, and assured that those likely responsible for the murder have already been identified. Along with the two Jesuit priests, a third person was also killed. The bodies of the two priests were taken away by armed persons, for which the Jesuits of the Mexican province demand their return. "Acts like these are not isolated - affirm the Jesuits -. The mountains of Tarahumara, like many other regions of the country, faces conditions of violence and neglect that have not been resolved. Every day men and women are arbitrarily deprived of life. We Jesuits of Mexico will not remain silent in the face of the reality that tears apart the whole of society. We will continue to be present and to work for the mission of justice, reconciliation and peace, through our pastoral, educational and social works". (SL) (Agenzia Fides, 22/6/2022)