ASIA/INDIA - In the first months of 2022, 127 episodes of violence against Christians in India 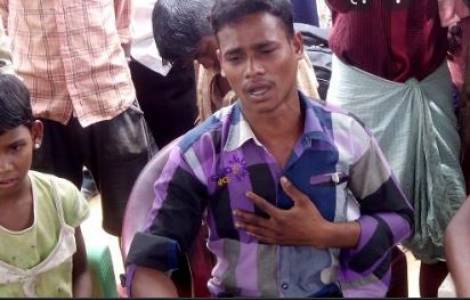 New Delhi (Agenzia Fides) - At least 127 episodes of violence against Christians in India were recorded in the first 103 days of 2022: this is stated in a report released by the United Christian Forum (UCF), an ecumenical organization based in New Delhi. In the text sent to Fides, and published on Good Friday, the body that monitors violence against Christians explains that the incidents were recorded by the special "Toll-free number", a telephone line made available to the public.
"Today, April 15, more than two thousand years ago Jesus was persecuted and crucified on this day. The followers of Jesus are still persecuted in some parts of the world, including India, where groups of people spread hatred against minorities for their political gains", underlines, in a note sent to Fides, the Catholic A.C. Michael, national coordinator of UCF.
"The persecution of Christians in India is escalating, leading to systematic and carefully orchestrated violence against Christians, also through the use of social media, used to spread disinformation and foment hatred", said Michael, recalling that 502 episodes of anti-Christian violence were reported in 2021.
According to the report sent to Fides, 40 incidents occurred in January 2022, 35 incidents in February, 34 in March, others in April, and these are only those reported. 89 Pastors or parish priests have been beaten up and threatened with retaliation if they continue to lead prayers and liturgies. As many as 68 churches were attacked, 367 women and 366 children were injured. Out of 127 incidents, 82 were mass violence, carried out by a crowd of militants.
Following the violence, 42 cases are pending in various courts that contest the constitutional validity of the so-called "Freedom of Religion Act", a provision present in various Indian states, used to falsely accuse missionaries and Pastors of carrying out "forced religious conversions", explained Michael, a former member of the Delhi Minority Commission. To this day, he noted, no Christian has been condemned for forcing someone to convert.
Furthermore, the UCF recalls, the censuses carried out in India in recent years show that the Christian population has remained the same. According to the 2011 census data - the latest official - 79.8% of India's 1.38 billion inhabitants are Hindu, 14.2% Muslim and 2.3% Christian.
(SD/PA) (Agenzia Fides, 21/4/2022)