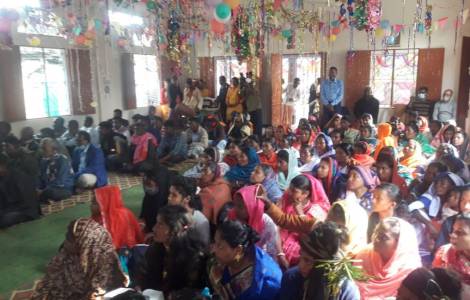 Dinajpur (Agenzia Fides) - The Catholic layman Solomon Hasda, a retired policeman of the Santal ethnic group, has donated funds and land to build a church in Chirgaou, in the diocese of Dinajpur, in northern Bangladesh. As Fides learned, Bishop Sebastian Tudu, the local Bishop, inaugurated and consecrated the newly built church together with the 200 local faithful. With the inauguration of the new temple, which took place in recent weeks, the faithful will be able to celebrate the rites of Holy Week and Easter 2022 in a spacious and comfortable structure. Solomon Hasda and his parents are new believers. Before they were animists, worshipers of nature. After the preaching of missionaries of the Pontifical Institute for Foreign Missions (PIME) and some local priests and religious, they chose the Catholic faith and asked to be baptized. Now they are faithful who contribute concretely and joyfully to the local Church. Solomon Hasda worked as a police officer for 40 years in the Detective Branch of the Bangladesh Police at the Dhaka headquarters. He now lives in Motbari parish, in Gazipur, near Dhaka. Hasda tells Fides that he strongly desired a new church in his hometown, in the village of Chirgaou: "A few months ago, my older brother and I went to our village for the funeral of one of our relatives. I realized that all the faithful could not attend the funeral mass due to lack of space in the small and old-fashioned local chapel. Later I confided to my older brother the idea of having a new chapel built. We decided to donate the land we had in the village to make a bigger church. Hasda adds: "I met my parish priest and gave him Tk. 100,000 (about 1000 euros) as a first contribution for the building, also offering the donation of our land to the Catholic Church. Later, the local bishop promoted a new fundraiser to complete the construction of the new church. By donating, one receives the gift of peace, says Hasda. "In return, I received great joy and peace from Jesus as we gave our goods for the new church. In doing good, there is a spiritual enjoyment that comes from the depths of the heart". Hasda's wife, 72, is Bengali and a former nurse. The couple has no children. Both are involved in the service of praying the Rosary. In addition to donating money and land, the couple has also donated new rugs, sculptures of Mary and Jesus Christ, vestments and other liturgical furnishings. Appreciating Hasda's contribution, Father Silas Murmu, parish priest of the Mariampur parish, in whose territory the new structure is located, tells Agenzia Fides: "Salomon Hasda is an example for the other faithful of our diocese of Dinajpur. The people in this diocese are in great need. Many of their religious beliefs about God are quite weak. Solomon Hasda has given a testimony of faith and charity in real life. The old chapel could only accommodate 20-30 people, now about 200 Catholics can attend the celebrations. The entire community thanks Solomon Hasda for his kindness and generosity. The Lord will reward him". Bangladesh is a Muslim majority country with 165 million inhabitants and only 0.3% of the population is Christian. Missionary religious orders of men and women have preached the Good News of the Gospel in the country and continue to be present. (FC) (Agenzia Fides, 9/4/2022) 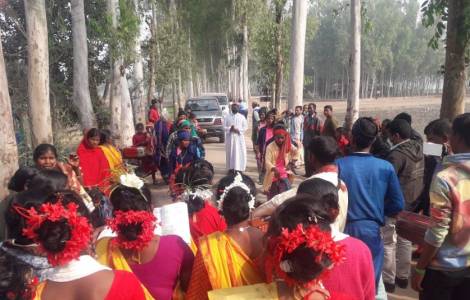 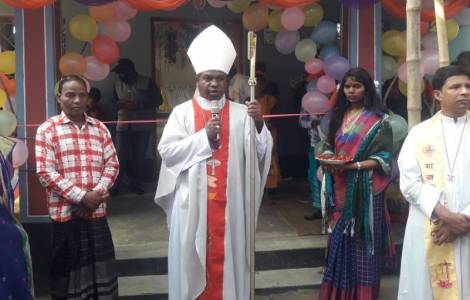 AFRICA/CHAD - Salesian missionaries: with the compassion of Jesus, alongside families impoverished by the food crisis

AMERICA/BRAZIL - "Sister Churches": collection of Pentecost for the mission in Mozambique

ASIA/SOUTH COREA - Archdiocese of Seoul sends priests to the mission