AMERICA/PERU - The Bishops: "crises cannot be resolved with the suspension of rights" 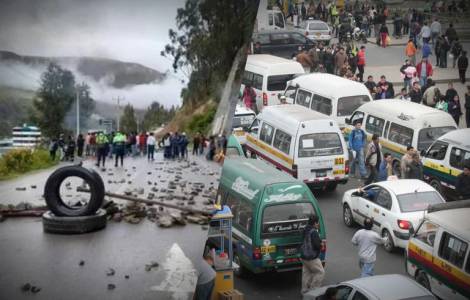 Lima (Agenzia Fides) - Monsignor Miguel Cabrejos Vidarte, President of the Peruvian Bishops' Conference, asked the government of President Pedro Castillo to cancel the decree on the prohibition of social mobility (curfew), which he announced on April 4 for the cities of Lima and Callao, since it is "contrary to the basic rights of the population". In the statement entitled "Crises are not resolved with the suspension of rights", released on April 5, the Archbishop explains that the measure taken following information from the Peruvian national police about the complex situation in the country, "is disproportionate and the government must make the reason for its decision transparent. This is almost like a state of siege which only applies, according to our Constitution, to cases of invasion, foreign war and civil war, to manage the social conflicts that have arisen in recent days in many areas of the country". "We call on the government not to implement this provision, which seriously affects everyone - concludes the Bishops’ text -, but in particular the poorest, who must look for food for their families every day. Let us remember that more than 70% of Peru's workers do not have a contract".
According to information gathered by Fides, Peruvian President Pedro Castillo suspended the curfew seven hours before the end, which he had scheduled for 11.59 pm on April 6. The measure was taken after the incidents that occurred last week as a result of the protests of heavy cargo transporters and farmers, which resulted in violence, looting and attacks, due to the increase in the price of fuel and agricultural products (see Fides, 4/4/2022).
Peru has been going through a profound crisis for some time, to which the Covid 19 pandemic has been added, which affects various aspects: political, ethical, moral, social, ecological ... The Bishops have asked several times to work together, urgently, for the resumption of politics, economy, work activity. On June 6, 2021 Pedro Castillo, leader of the extreme left, won the ballot for the Presidency of the Republic against his opponent Keiko Fujimori, a candidate of the traditional right, (see Fides, 8/2/2022). (SL) (Agenzia Fides, 6/4/2022)