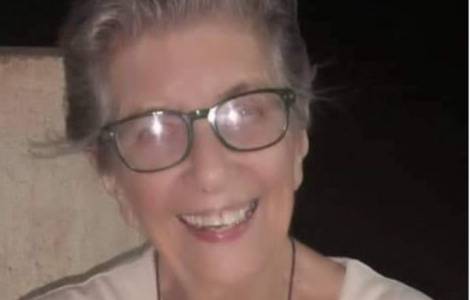 2022-11-30
More and more women in migratory flows: a conference in Ouagadougou

Kaya (Agenzia Fides) - "The diocese of Kaya joins in prayer for the release of Sister Suellen Tennyson, kidnapped on the night of Monday 4 to Tuesday 5 April 2022 in the parish of Yalgo, 110 kilometers from Kaya, the capital of the Center-North Region". This is the appeal launched by Mgr. Teophile Narè, Bishop of Kaya, at the news of the kidnapping of the old American nun, member of the Congregation of the Marianite Sisters of the Holy Cross.
"A group of unidentified gunmen broke into the sisters' community in Yalgo and, after vandalizing the rooms, sabotaging the community vehicle they attempted to take away, kidnapped Sister Tennyson", the Bishop continues. "Let us also pray for her sisters, for the Congregation, as well as for the pastoral workers and the faithful of the parish of Yalgo", says Msgr. Narè. "There are five religious women in the community who are currently in a state of shock. We have arranged for their transfer to Kaya for security reasons", confirmed the Bishop.
Since October 2014, Sister Tennyson has been serving at the Holy Family of Nazareth Parish in Yalgo, founded on January 14, 2012, and is in charge of a health center in the area. It is the first time that a nun has been kidnapped in Burkina Faso since the start of the security crisis in 2015, which left 2,000 dead and 1,800,000 displaced. The Diocese of Kaya had already been the target of several attacks attributed to armed terrorist groups in the past. On May 12, 2019, the parish of Dablo was attacked during Mass, causing the death of Father Simeon Niampa and five other faithful (see Fides, 13/5/2019). In March 2019, on the Botogui-Djibo axis (north-east), Father Joël Yougbaré, parish priest of Djibo, was also kidnapped, of whom we still have no news (see Fides, 20/3/2019). (GM/AP) (Agenzia Fides, 6/4/2022)