AMERICA/BRAZIL - Fight against human trafficking: joint commitment of the Church and social organizations 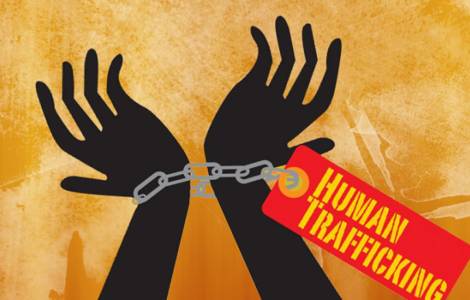 Brasilia (Agenzia Fides) - "Our communities, the different ministries and civil society organizations are committed to raising awareness, preventing and training new leaders for the 'culture of care' for brothers and sisters, at risk or survivors of human trafficking". This is the first of the commitments that emerged from the National Training Seminar on the fight against human trafficking, held virtually on March 24 and 25.
In the final document, signed by Msgr. Evaristo Pascoal Spengler, Bishop of Marajò and President of the Special Pastoral Commission of the Bishops for the Fight against Human Trafficking, it is highlighted that the Seminar began with a round table on the theme "The role of the Church, Society and the State in the fight against human trafficking".
Among the participants were executives, parliamentarians, civil society organizations and leaders involved in the development and implementation of public policies to combat human trafficking. The Seminar continued with exhibitions, debates and reports of experiences of this sad reality of violation of the rights of millions of human beings. Numerous references were made to the pronouncements and concrete gestures of Pope Francis, who affirmed more than once that human trafficking is a "terrible plague", "a wound in the body of contemporary humanity, a wound in the flesh of Christ", the most brutal expression of modern slavery that devastates tens of millions of people around the world. This reality, the document underlines, "requires a broad and integrated vision of the factors that perpetuate this global crime, which more than ever implies an action articulated in Networks, capable of guaranteeing a solidarity presence with the victims and an effective collaboration with the public authorities, capable of tackling the structural roots of this crime".
Faced with this reality, the commitments that emerged refer to the attention to migrant and refugee brothers and sisters, providing them with decent conditions of reception, assistance and integration. "The same principle applies to Brazilian women in situations of forced migration, exposed to exploitation, due to their highly vulnerable situation and because they urgently need a job to provide for their livelihood and that of their families".
The Brazilian State must guarantee the allocation of a sufficient budget to strengthen the action of the different institutions that are essential to repress and combat this crime, as well as to effectively implement the actions of the National Policies to Combat Human Trafficking and Eradication of slave labor.
The last commitment refers to the construction of "integrated, intersectoral networks, involving public policies, the judicial system, the rights defense system, civil society organizations and social movements, educational and research institutions, social assistance, the media and journalism, among others, in a complex work". (SL) (Agenzia Fides, 30/3/2022)