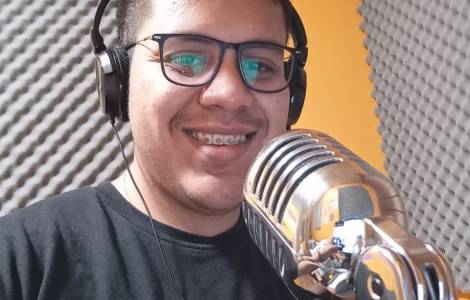 Santiago de Chile (Agenzia Fides) - Commentaries on the Gospel of the day and popular Spanish music, programs on Chilean music and the Pope's Wednesday audience, a young Venezuelan who illustrates the most important cultural and artistic events in South America and interviews that revolve around the theme of the poor and respect for human rights: these are some of the proposals of Radio Vicentina, born in 2006 thanks to the intuition of Father Carlos de la Rivera, of the Congregation of the Mission (CM). The station's slogan, "In tune with Jesus and the poor", is also the leitmotif of any program, musical or otherwise, broadcast on this online radio. "The history of this project has its roots in my collaboration and other confreres in the creation, development and consolidation of Radio Stella Maris of the Diocese of Valparaíso, in 1994, when Monsignor Jorge Medina, who later became a Cardinal, was bishop of this diocese, for whom this radio station represented a dream", Father Carlos de la Rivera, CM, secretary of the Province of Chile, tells Fides. "In 2006 I was offered to start an online radio station, I tried to research and be well informed and with minimal resources I managed to create a station that I first called Radio San Vicente de Paúl, then became Radio Vicentina". The programs of Radio Vicentina, whose small broadcasting studio is currently located in the provincial house of the Congregation of the Mission, in the center of Santiago de Chile, are based on popular music in Spanish and other languages. The programs range from musical programs to the program for young people produced by the Vincentian Marian Youth "Sintonía Juvenil", to the international Vincentian information program, whose correspondents are mostly seminarians from the provinces of Latin America, but also some from Spain and Portugal. "Together with a seminarian, I am in charge of producing an informative synthesis of national, ecclesial and international news, with a non-sensationalist approach that takes into account the reality of the poor", explains Father de la Rivera, "we also have daily Mass, a daily commentary on the Gospel, edited by our priests, a space with the saint of the day, the promotion of social causes, and periodically we welcome people who can talk about the role of the poor and their promotion, the rights of human or environmental issues.
Finally, thanks to a recent collaboration with Vatican Radio, we broadcast the Spanish news, the Angelus and the Wednesday audiences". Brazil, Costa Rica, Venezuela and Paraguay for Latin America and Spain and Portugal for Europe are among the countries most present in the Radio Vicentina schedule, listened to mainly by older people but has recently seen an increase in listeners among young people.
"Our daily challenge is to transmit the Christian message in an empathetic and instructive way, with a smile", concludes Father Carlos de la Rivera, "our effort is to give a voice to the poor and to all those who work to build a better world and get involved in causes that are often neglected or forgotten". (E.G.) (Agenzia Fides, 19/2/2022)

AFRICA - Appeal from Africa for the 56th World Communications Day: "Let us rediscover the ability to listen to the other"