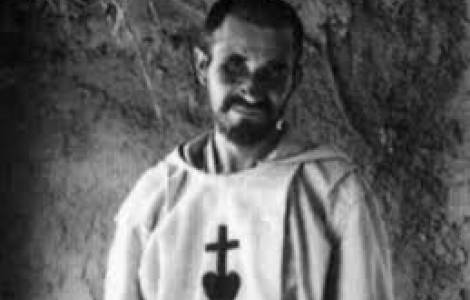 Algiers - "For our Church in North Africa, the forthcoming canonization of Charles de Foucauld is an opportunity to rejoice and further deepen his insights". So write the members of the Bishops' Conference of the North African Region (CERNA), who met in Algiers from February 12 to 15 for their annual assembly. In the final message of the meeting, the Catholic bishops participating in the Assembly also suggested some of the monk's "intuitions" on the path to canonization (he will be proclaimed a saint in Rome next May 15) that should be followed and deepened in the specific context of North African countries. Indicating in particular "mutual emulation in the faith in contact with other believers, interest in the culture of the other, the desire for universal brotherhood". On Friday 11 February, all the members of CERNA who had traveled to the Algerian capital to take part in the Annual Assembly also took part in the installation ceremony of the new Archbishop of Algiers, Jean-Paul Vesco (see Fides 12/2/2022). The next day, the Bishops present at the Assembly (there were no members from Libya and El Aaiún, who joined the work by video conference) went up the monastery of Tibhirine, home to the seven Trappist monks kidnapped and killed in 1996, then proclaimed blessed on December 8, 2018 together with 12 other Catholic martyrs killed in Algeria between 1994 and 1996. "In that place of prayer, self-giving and memory" - reads the final statement of the Assembly "we entrusted to the Lord the daily joys, tensions and sufferings of our peoples and our countries. We were thinking in particular of Libya, where the church of Sebha was destroyed on the morning of Sunday, February 23 by militiamen, and where Tripoli is experiencing again a situation of high tension for a few days. But we thought of all the difficulties caused in one place by the war, in another by the political and economic situation, and everywhere by the pandemic. Precisely because of Covid-19, the member bishops of CERNA had not met in person in the same place since September 2019. During this time - they write in the final statement, taking stock of the difficult years of the pandemic - "some of our communities have experienced deaths; all suffered from isolation due to containment measures (limited travel, suspension of many activities, closed places of worship, etc.). But this difficult period has also been an opportunity to measure how close we are to each other. (...). Many grasped this common fragility and showed resilience, resisting the temptation to withdraw, trying to serve those who were more vulnerable, taking initiatives to pray together, even from a distance. In the light of the experiences lived in these difficult times, and also of the solicitations offered by the upcoming canonization of Charles de Foucauld, the Bishops of CERNA have also begun to discuss questions and proposals that could emerge in the diocesan and regional phases of the synodal process initiated in view of the Synod on Synodality, scheduled for 2023. CERNA's executive positions were also renewed during the Assembly. For the next three years, Cardinal Cristóbal López Romero, Archbishop of Rabat (who succeeds Paul Desfarges, Archbishop Emeritus of Algiers, as President) will preside over this ecclesial body, while Nicolas Lhernould, Bishop of Constantine, will be its Vice-President. The member of the executive board will be Bishop George Bugeja, Apostolic Vicar of Tripoli, while the substitute member will be Ilario Antoniazzi, Archbishop of Tunis. (GV) (Agenzia Fides, 17/2/2022)