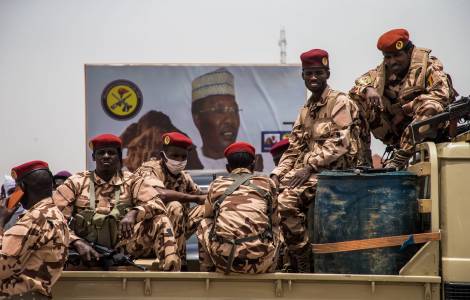 Bamako (Agenzia Fides) - "Our country is going through a delicate and complicated political situation, in terms of relations with neighboring countries and with France, and from a geopolitical point of view; It is not easy to understand because power was not taken democratically, but the trust of the people in the military who have taken power is almost total. It is obvious that the government must ensure that it maintains good relations with its neighbours, with France and with Russia, which is present in the country, because, along with the problem of security, there is the enormous problem of development, which must be resumed as soon as possible". Fr Edmond Dembele, Secretary General of the Mali Priests' Union, spoke to Agenzia Fides about the general situation in the country and the position of the Church. Mali is going through a transition phase after having suffered two coups in less than a year (August 2020 and May 2021) and, in the midst of a thousand difficulties such as the closure of its borders by the ECOWAS (Economic Community of West African States), which has also applied new restrictions on trade and the severance of diplomatic relations. Father Edmond Dembele comments: "Mali has had a military government for a long time and many things have changed on a political level, but also in terms of trust on the part of the people. The military took power to change the security situation, which has been in serious crisis for 10 years due to the continuous penetration of jihadist terrorists. The coup leaders considered the actions of the previous government insufficient and wanted to make a change. France and the ECOWAS countries do not agree, but it must be said that the military enjoy the confidence of a large part of the population". ECOWAS asks Mali for the immediate restoration of democracy and has indicated a very short timeframe for a return to the polls. The army says it needs time to restore security across the country before holding new elections. The priest adds: "The coup in May 2021 was bloodless but months have passed and ECOWAS and France are asking for elections to be held, as planned before the coup, in February 2022. The military have responded that it is impossible because there are still many outbreaks of violence in the country, and credible elections cannot be held with the jihadists present. First of all there is security, they say, and then the texts on which the elections are based will have to be re-read: the previous regulations, according to the military in power, must be revised because serious problems have always followed previous elections. In recent months, the government has submitted a consultation to the population and the population has expressed itself as follows: the military have six months to make a proposal that leads to a vote in a maximum of five years". The African Union proposes 16 months: "At the moment we are discussing - continues the Secretary General - in the hope of reaching a certain date and, in the meantime, achieving greater security. Mali has been full of foreign armies for years (in addition to France in Mali since 2013, there are troops from Belgium, Denmark, Estonia, Romania, Germany, Greece, Norway, Netherlands, Portugal, United Kingdom, Czech Republic, Spain, Sweden and Italy, without forgetting MINUSMA, the United Nations mission and American soldiers deployed by US Africom, ed). Of course, we have to understand what the Russian presence in Mali will mean in the future. However, for the immediate future, people want peace and stability".
A country with an Islamic majority (80% of the population), Mali has a minority of about 5% of Christians, mostly Catholics. The role of the Church is also recognized by the new government and the path of dialogue is open. Father Dembele concludes: "The Episcopal Conference released a message last week asking the government to dialogue with neighboring countries. He then asked the faithful to continue praying for peace and for the rulers, so that the population stops suffering from this situation. The Bishops have always called for respect for democracy. The channel of dialogue with the new government has never been interrupted. Recently, the Prime Minister went to the diocese of San to inaugurate the new hospital, there is no conflict. But the Church makes her evangelical voice heard and proclaims her values". (LA) (Agenzia Fides, 2/2/2022)