AMERICA/COSTA RICA - The Bishops: Elections - "Let us seek the good of our nation, beyond partisan struggles" 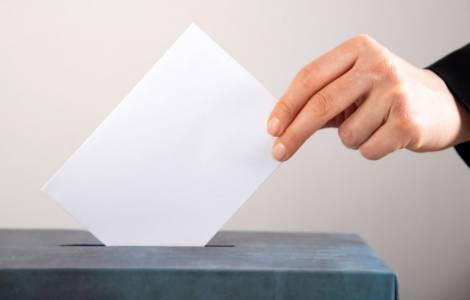 2022-05-20
Meeting of the Bishops with the President of the Republic: "Listening is essential to perceive reality"

2022-05-18
Bishops' appeal: "The wave of corruption and criminality that is devastating our society is unacceptable"

2022-04-22
Great National Mission: the Missionary Cross will travel to all the dioceses

2022-04-21
The Bishops: "The resurrection of Christ opens the horizon for hope: hope for a better life and country"

San José (Agenzia Fides) - A few days before the elections on February 6, the Bishops of the Episcopal Conference of Costa Rica, as pastors of the Catholic Church, invite "to reflect on the decisive moment that our country is going through" and to "vote and to assume the responsibility that, as citizens, we all have, as it is vital to strengthen our democracy".
In their statement, sent to Agenzia Fides, the Bishops recall what the Compendium of the Social Doctrine of the Church affirms, in n. 190, on participation in community life, which is not "only one of the greatest aspirations of the citizen", but also "one of the pillars of all democratic orders". Then they underline that in the context of the various proposals presented during the election campaign, "it is important that we all understand and seek the good of our nation; beyond partisan struggles ... In the end, the elected rulers will represent the interests of an entire country". Therefore, the Episcopal Conference appeals to the conscience of all the protagonists of our democracy: "do not divide the country or cause deep wounds in search of electoral ends. Respect the different ideas and visions presented by the political groupings, since the electorate will define, by majority, the one chosen for the presidency and vice-presidencies, and the formation of the Legislative Assembly".
They also urge the media to "maintain their information and training role, not manipulate information or favor political formulas by presenting them as news. It is essential for our democracy that citizens receive impartial information and with the possibility of getting to know, in the best possible way, those who ask for the vote".
When choosing the political course of the country for the next four years, the Bishops still turn to voters and elected representatives, so that they think "of the common good, social peace and justice that should characterize Costa Rica".
On February 6, 3.5 million Costa Rican citizens will be called to elect the President, two Vice-Presidents and 57 Congressmen, who will remain in office for a four-year term. Re-election to the presidency is allowed in Costa Rica but not for consecutive terms. In order to win in the first round, at least 40 percent of the valid votes must be obtained. A second vote will almost certainly be needed as there are more than twenty candidates for the presidency, with similar programs, and polls reveal a high percentage of undecided voters.
In their previous message on September 27, 2021 (see Fides, 28/9/2021), the Bishops reflected on the reality of the country, characterized by a weakening of the rule of law; poor results of dialogue to resolve the national crisis in the health, educational, social and economic fields; generalized distrust of institutions; growth of corruption, violence, drug trafficking, organized crime; pandemic; increase in unemployment, the cost of living and basic products, foreign debt.
They therefore, hope for the election of people who have the ability to "rebuild and consolidate the foundations of the nation, in search of the common good and the integral development of people". (SL) (Agenzia Fides, 24/1/2022)