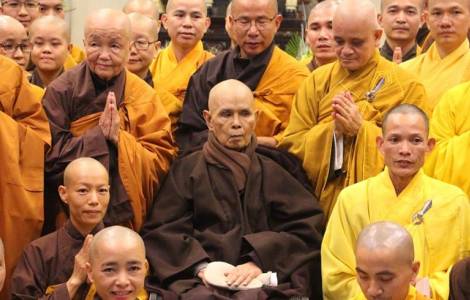 Huè (Agenzia Fides) - All the religious communities in Vietnam in these days pay a tribute of honor and grateful memory to Venerable Thich Nhat Hanh, Buddhist leader, tireless promoter of peace and reconciliation, who died on January 22 in the Tu Hieu pagoda, in Thua Thien Hue province in central Vietnam at the age of 95. Venerable Thich Nhat Tu of the "Giac Ngo" Pagoda, a member of the Executive Council of the Buddhist Administration of Vietnam, shared: "Let's stop for a moment, let's take a minute of silence to commemorate our venerable monk, compassionate and wise, let's thank him for his merits and his great contributions".
The funeral rite, in the form of a retreat in silent meditation, lasts 7 days: it began on January 23 and continues until the cremation ceremony to be held on January 29, 2022.
This is what the monk wrote in his will: "I do not want you to build a temple in any pagoda on my grave after my death. Building such a temple makes no sense if you, my students, do not follow what I have taught. I do not like the idea of taking ashes from my body and putting it in a jar, and then putting it in a temple. I am not those ashes. I am a dynamic, alive, omnipresent reality. I am present among the monks and nuns, and among the Buddhists who know me. On the temple I would write: 'There is nothing here'. Or: 'If something is left, it is surely in your footsteps and your breath'. Do not waste time looking for land to build a temple for me. Take the ashes and disperse them to feed the plants and to make the grass grow".
Zen master Thich Nhat Hanh, Secretary General of the Buddhist Administration of Vietnam, was born in 1926 in Thua Thien-Hue province. At the age of 16 he became a monk in Tu Hieu pagoda and studied with the Venerable Thanh Quy. He is remembered as a leader of Vietnamese Buddhism who has many merits in spreading the Dharma. He was a leader of Buddhists in the world, and also a man of culture, writer, poet, scholar and calligrapher. He was known for his public lectures, followed by tens of thousands of people around the world. During his lifetime he had founded monasteries in France and Thailand and was the author of over 120 books in Vietnamese, English and French.
In 2018, he had returned to his homeland from Thailand and wished to live in Vietnam, where he remained until his last moments of earthly life. Vietnamese Christians remember Thich Nhat Hanh as a wise person who spent his time in reconciling the apparently divergent doctrines of Christianity and Buddhism. In his book "Living Buddha, Living Christ", the monk unhesitatingly affirmed the "holiness" of Christian leaders such as the Trappist mystic Thomas Merton and Reverend Martin Luther King. Thich Nhat Hanh referred to Christ and Buddha as "models of spiritual perfection". And he asked the faithful of the two religions: "Are we making the presence of Jesus real in the churches today? Are we making the presence of Buddha real in our Sanghas?", challenging Buddhists and Christians to honor and live the teachings of Christ and Buddha. The monk, throughout his life and his teachings, always promoted peace, reconciliation, interreligious understanding and, above all, "spiritual dialogue" among people of different faiths. In 2019 Zen Thich Nhat Hanh received the "Outstanding Inner Peace" award for inspiring millions of people around the world to seek inner peace. (AD-PA) (Agenzia Fides, 24/1/2022) 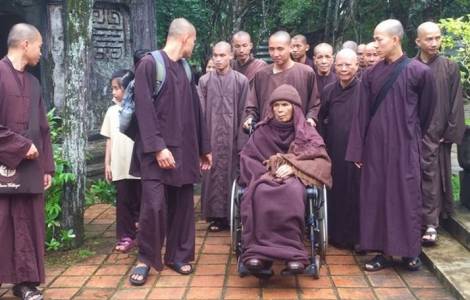 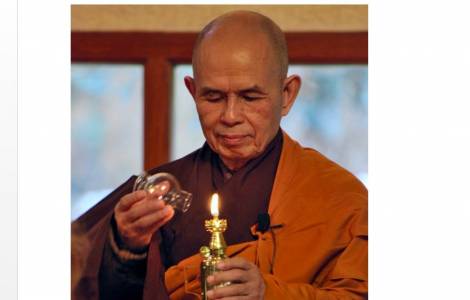 ASIA/THAILAND - Evangelization and dialogue with Buddhists in the north of the country, for the common good