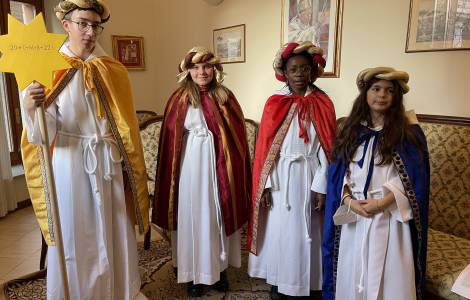 2020-11-06
"Children need our help": Star Singers continue their commitment with creativity and flexibility

2020-10-06
World Mission Month opens in Meyrin opened: "Everyone can be part of the chain of communication of the Gospel"

Friborg (Agenzia Fides) - Sevan, Bree Victoria, Salome and Norah are the names of the four Star Singers of French-speaking Switzerland aged eleven to thirteen who traveled to Rome for the first time this year with the delegation from South Tyrol and Germany (28 in total) to attend the New Year Mass presided over by the Holy Father.
The Star Singers are part of a tradition that dates back to the 16th century and is widespread in northern Europe. According to custom, children dressed as the Three Wise Men, shepherds or angels, sing Christmas carols in the streets and distribute blessings "C + M + B" (Christus Mansionm Benedicat - May Christ bless this house), in the houses of the towns where they live. They start before Christmas until the Epiphany. The little ones raise funds for charity works.
Since 2001, thanks to the organization of the Pontifical Society of German Missionary Childhood in Achen, some delegations of the groups of the Star Singers have been able to visit Rome to take part in the Mass with the Holy Father on January 1 and to enjoy a few days in the Eternal City between cultural visits, meetings and moments shared among the different delegations that meet in Rome.
"We are grateful that we were able to come to Rome despite the difficult time we are going through due to the pandemic. As a result of the pandemic, the Star Singers campaign in our countries will be extended until February 2nd this year", explains Nadia Brügger, coordinator of the Star Singers from French-speaking Switzerland and Sonja Lofaro, responsible for the children's mission organizations of Missio Switzerland.
"The 'unexpected' encounters of our trip gave the children the opportunity to meet ordinary people on the street, in restaurants or bars, in front of churches", continues Nadia.
Especially moving was the encounter with the homeless, which sparked great interest in them and raised many questions. They distributed more than 150 blessings in total", says Nadia. From December 29 to January 2 the four Star Singers of the Canton of Neuchâtel of St-Aubin-Cortaillod accompanied by their animators Rosa Piccinni and Gerda Pimentel, highlighted the attention to ecumenism as the main theme of their activities. They also met with some members of the Swiss Guard and received a visit from Cardinal Kurt Koch, president of the Pontifical Council for the Promotion of Christian Unity, who defined them as “messengers of hope”. During the cordial meeting, the Star Singers performed for him and received a special blessing.
On January 1 it was the turn of the Mass with the Holy Father which everyone said they were enthusiastic about and which none of them will forget. "Being Star Singers is a great gift - the four young people said together - It gives us the opportunity to help other children just as the motto of Missionary childhood reminds us "Children help children" and at the same time offers us the opportunity to live extraordinary experiences like this one in Rome".
Thanks to the Star Singers campaign about 200 projects for children in Africa, Latin America, Asia and Oceania in the areas of education, health, nutrition and pastoral care can be supported every year, (see Fides, 30/12/2021). The Star Singers is the largest solidarity campaign by children for children worldwide. (EG) (Agenzia Fides, 4/1/2022) 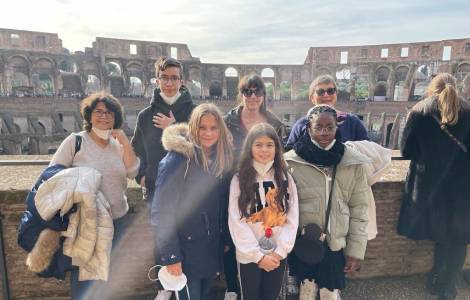 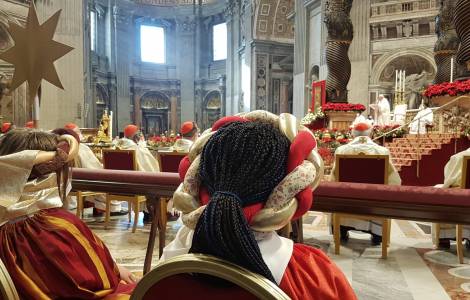 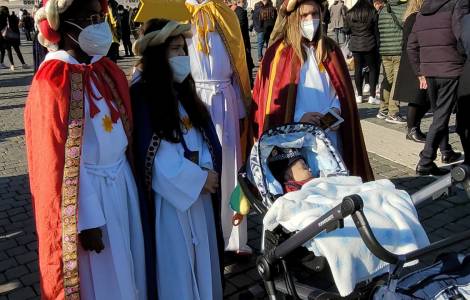 EUROPE/SPAIN - The "Star Sowers": the announcement of Christmas made by the little ones and the "gratitude" of the missionaries