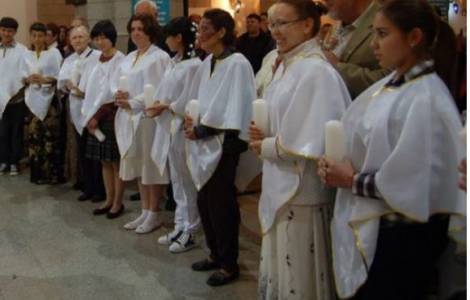 Samarkand (Agenzia Fides) - "In Uzbekistan the Soviet tradition is still strong, which recognizes the New Year as the most important holiday of this period, but we have tried to convey the importance of Christmas to everyone; to do this, we prepared ourselves as best we could, paying particular attention to the Vigil of December 24 and the Mass of December 25. At the same time, we look to the new year with great hope: we have great expectations for 2022. The vice parish priest and I are two missionaries who work as if they were to serve a community of ten thousand parishioners, even if in reality we only have thirty". This is what Fr. Ariel Alvarez Toncovich, priest of the Institute of the Incarnate Word and parish priest of the church of St. John the Baptist in the Uzbek city Samarkand says to Fides.
The missionary underlines how the small number of faithful is not a reason for discouragement: "We are aware of the fact that here in Samarkand we are not called to work for crowds of believers, so we put all our efforts even when it comes to organizing initiatives for a single person: a few days ago, for example, we lived the spiritual exercises even if only one girl had joined. It was really worth it because it was an opportunity for her to deepen her spirituality. Similarly, every year we must be satisfied if we have at least one baptism: well, this year we celebrated four, so the balance is really positive. Our community is small but alive; we are certain that it will grow further, because after the repair of the parish building, the inhabitants of Samarkand come to visit it more often".
In fact, the second part of the restoration work of the entire parish structure has recently been completed: if the interior of the church was renovated from June to the end of August 2021, in recent weeks the courtyard and the spaces intended for the oratory were fixed up: "The church is considered a historical monument of the city and attracts many tourists, so we have made the exterior more dignified, so that those who approach it feel welcomed. What is lacking now are the bells, removed in 1974: our desire for next year is to make the voice of God ring again from the church in the city", he concludes.
After spending 8 years on a mission in Kazakhstan, Fr. Alvarez was sent to Samarkand together with his confrere, Fr. Paolo Giacinti, precisely to relaunch pastoral activity in the local parish. In addition to that of Samarkand, in Uzbekistan there are four other parishes and about 3,000 baptized: there are about 700 faithful present in the capital Tashkent, in addition to others present in Bukhara, Urgench and Fergana. In Angren, where plans to build a new church are planned, there are 25 faithful. The Uzbek population, made up of 30 million inhabitants, is 90% Muslim. About 3.5% are of Russian Orthodox Christian faith, while another 3% include small Christian communities of other denominations, including Catholics. (LF) (Agenzia Fides, 28/12/2021) 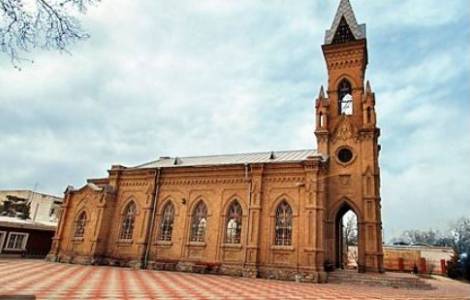 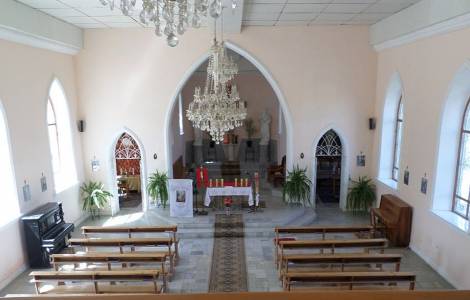