AFRICA/D.R. CONGO - The work of the White Fathers to stop violence against women, "offering the support of the Gospel" 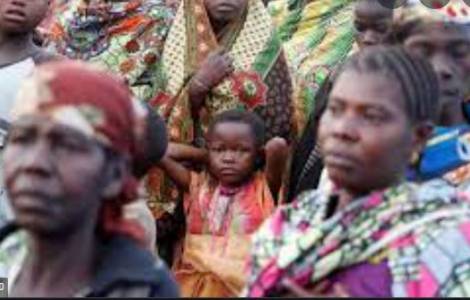 2022-03-24
"Wars play cynically with the fate of entire peoples": A vision from the south of the world of the war in Ukraine

Bakavu (Agenzia Fides) - "In Congolese culture, violence against a woman means violence against one's mother, because it is she who gives life and bring up children. Rapes are planned as a war tactic by people who know the local community well. Violence is therefore the indelible mark of an endless war. The victims are often children, the weakest and most vulnerable". Thus reports in an interview to Agenzia Fides Father Bernard Ugeux, a priest of Belgian origin, who belongs to the Congregation of the Missionaries of Africa (also called "White Fathers"), speaking of the difficult condition of Congolese women who live in the eastern region of Kivu.
"In this area, cases of violence are systematic", says Father Bernard and according to a United Nations report, violence against women exceeds more than 15 thousand cases in a year: "these very young women are innocent victims twice - observes the religious - after being abused, they are also considered guilty: rejected by their community, they remain abandoned to themselves".
Father Bernard manages, with a team of Congolese laity, the "Nyota Center", founded in 1986 by the Dorotee Sisters and which today serves as a school and refuge for 250 girls aged 11 and over. "They are mostly orphans or abandoned by their parents - explains Fr. Ugeux – they come from very poor families, have lived on the street and suffered violence and abuse. At the Center they receive care and protection. A psychologist ensures listening and support to help them overcome trauma and build a life".
Then there is also a team of Congolese animators and teachers who hold classes in literacy, mathematics, French, sex education, professional cooking and cutting and sewing courses. "Most of the young guests do not have an identity card, not even a birth certificate - notes the religious - we have therefore started a process to allow them to obtain identity documents, without which they cannot become independent after having obtained a diploma and having learned a profession". But the help is not reserved only for women: "we also want to support a vocational school for boys who work in the gold mines of Kamituga, in the diocese of Uvira", explains Father Bernard - every year 30 young people learn the profession of carpenter and at the end of the year they receive a kit to start their own project.
The closeness of the Church to the population is concrete because, says Father Bernard, "it is a question of being present among people, of listening to them, of being in solidarity with them, of giving them the support of the Gospel. Every day - he concludes - we try to take a small step together to get away from the nightmares of the past and rediscover smiles and hopes for the future". (ES) (Agenzia Fides, 28/12/2021)